The Proverb ‘Fall Down Seven Times, Get up Eight’ Defines Jennifer Gray Anthony and Her Push for Mental Health Awareness

“I have faith that I was put on this Earth to go through things to help others so they know they’re not alone and that together, we can work past these hard times.”

Within moments, she lures you into her world — surrounded by pillars of strength where emotions are raw, inspirational spirit is contagious and judgment has no home. Meet Ross University School of Medicine (RUSM) Senior Graduate Admissions Advisor and New Student Coordinator Jennifer Gray Anthony, a genuinely selfless and motivational being whose life’s mission is to stop the stigma of mental health illness, one mile at a time, through a nonprofit organization she co-founded, aptly named The Don’t Quit Foundation.

“Mental health is a state of well-being and mental illness is when that well-being is disrupted with a chemical imbalance,” explained the eight-year RUSM veteran. “Why do we express frustration or anger at someone who survives multiple suicide attempts or who deters from sobriety, yet we provide empathy to someone whose cancer has returned? All three examples — suicide, alcoholism and cancer — alter someone's mental health yet we don't view them similarly because of the stigma. We don’t have to understand all the complexities of mental illness but we must be open to learn more and stop judging those who are suffering.”

Jennifer has stared down adversity more times than most. And though each fall tests her fortitude, she staggers back up, determined to maintain her bubbly disposition and demonstrate that she cannot be broken.

Real-Life Issues as a Youth

Adopted as a baby from Korea, Jennifer recalls an amazing childhood, embraced by loving, involved, generous parents who supported her gregarious personality. Early in her teens, her mother began to battle severe depression and visiting her in the mental health hospital became common place. Jennifer, her brother Jason and their father remained steadfast, even when their father began undergoing cancer treatments. Just after completing his last round of treatment, a motorcycle accident claimed his life.

For the next seven years, Jennifer, Jason and their mother stayed strong; her mother even coming to the rescue when Jennifer’s first marriage became abusive. And though their mom tried the gambit of options to combat depression — medication, therapy, prayer and experimental psychological procedures — nothing could save her from a suicide death in 2013.

“I have faith that I was put on this Earth to go through things to help others so they know they’re not alone and that together, we can work past these hard times.”

Jennifer has long been an avid runner, committed to the health benefits rather than enjoyment. She had run two half marathons before losing her mom and then pledged to run one in every state in her honor. “When things happen in your life, you always have a choice — you quit or you keep going.” To try and cope with the curve balls, Jennifer started passing out positive e-cards to her work colleagues and began writing a blog called Journey through the 50 States, which has ceased publication though her 50-state goal lives on. (She has competed in 14 states and planned to hit 20 states by 2020 before COVID-19 squelched it.)

Jennifer soon found her momentum at RUSM and a couple years later, when leaving work, a car t-boned her driver's side, forcing paramedics to cut her out and life flight her to a hospital. A broken pelvis and cracked tailbone didn’t compare to the harrowing words from the doctor — at age 31, she may not ever run again. And while she had survived grief before, this unsettling news took away her last bit of control. “I realized then that I had not dealt mentally with all the things I’d lost in life and I started to have anxiety. I was used to running through my issues and now they were saying I couldn’t walk or run.” 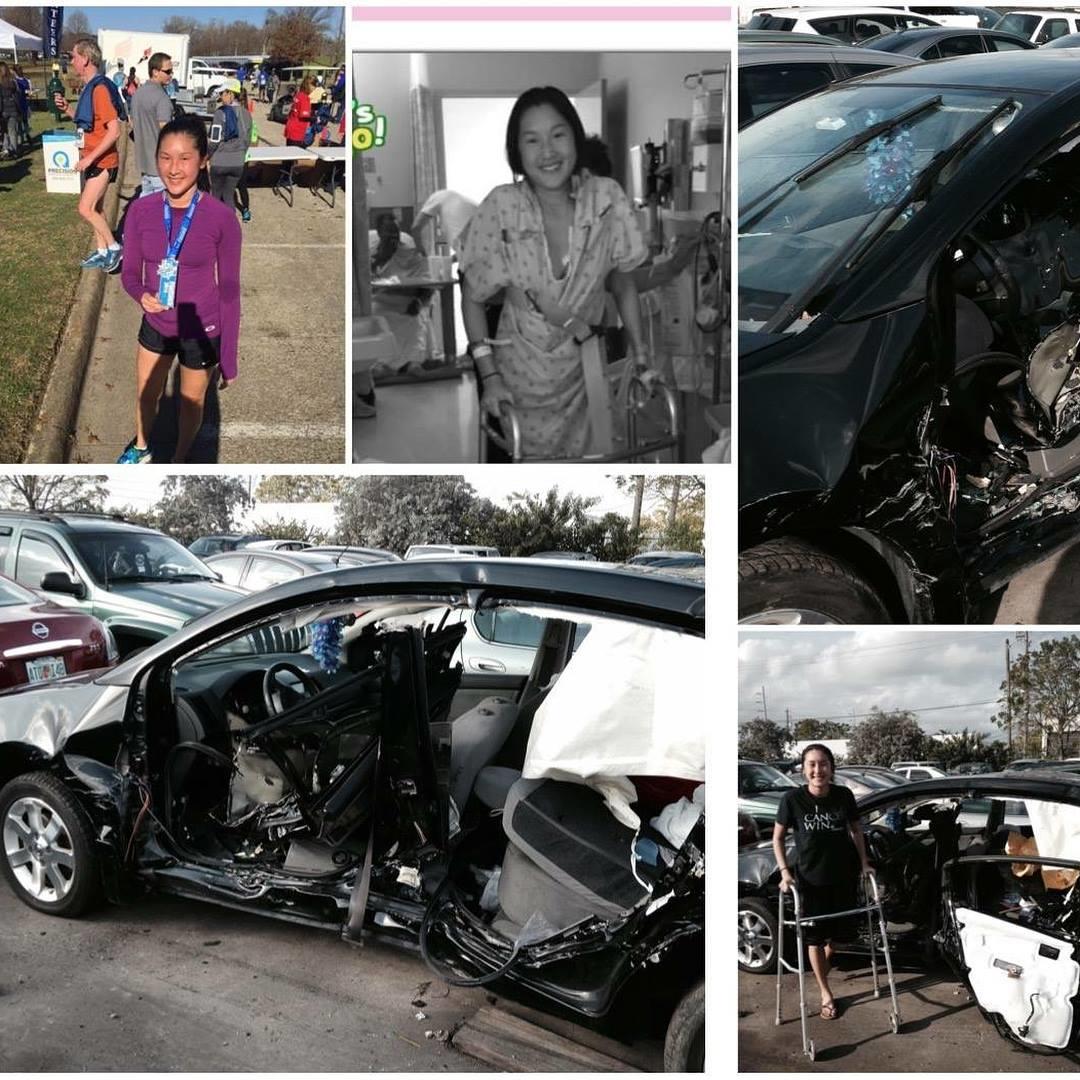 But the girl from a small town in Oklahoma wasn’t going to let the odds stack against her. Within six months of intensive physical therapy, she wasn’t only walking but training for her next race, adding the hashtag #ametalplateaddscharacter. Her daily mindset — Don’t Give Up — spurred the idea of starting a foundation to challenge others to connect and find support. “If I can help just one person to not feel alone like my mom did, then I’m going to do it.” Her organization gives back to the mental health community, spreading awareness by supporting nonprofit organizations that promote mental health and well-being. Hosting its third annual run, this year completely virtual, participants hope to — Help Stop the Stigma, Take Action, Mile by Mile!

Happily remarried to a Texan she describes as the “most stable, patient and kind human,” Jennifer said he is her true partner in crime — parenting four dogs, renovating a home and participating in any outdoor fun. Likewise, she has found support from many of her RUSM colleagues who’ve become family. “Ross University is more than just a job. I’ve been here through the most brutal times in my life.”

Every experience has added a new dimension to Jennifer’s character and her reflection on life. “The world can be a beautiful place and it can be an ugly place. It’s ok to not be ok. It’s ok when your heart hurts on the inside and you’re falling apart. We all have to find our ‘new normal’ at some point in time and we can choose to adjust our sails and move forward or live our lives looking backwards. Now, there are definitely days I don’t feel like moving forward but overall I truly know there is only one way to go.”

In her role on RUSM’s admissions team, Jennifer has met many aspiring medical students who have encountered similar trauma and overcome a multitude of challenges. She has an affinity for those students, who often succeed because of those experiences and not in spite of them.

“Overcoming obstacles has become part of my character and turned me into someone who doesn’t give up the fight. I always encourage students to face their adversity; to never give up hope; and to always keep striving for their end goal. It’s ok to hit barriers as long as you keep pushing yourself to move forward.”

Run for Mental Health and Awareness

Join the 3rd Annual Mental Health Virtual Half/5k run on October 24, tracking mileage for a 5k (3.1 miles) or a half marathon (13.1 miles) in your own location and at your own pace. Registration is now open. Race shirts and metals will be mailed in early October to those who’ve registered. Participants are encouraged to tag themselves on the Don’t Quit Facebook page and/or Instagram page. Please visit the race page for more information.

Care for Caregivers
and Faculty