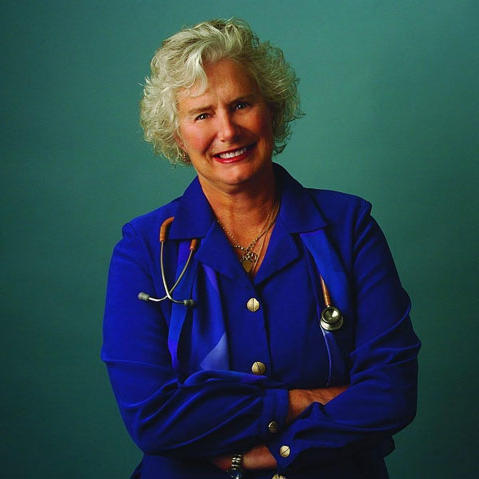 You could say that medicine has always been a part of Dr. Lisa Cosgrove’s DNA.  As a child, she had exposure to the medical field from her father and grandfather who were both physicians.  She recalls her grandfather starting the eye department at the University of Arkansas and the passion he had for it.  Unbeknownst to her, these early memories of her father and grandfather helping people would catapult her into a medical career.

While pursuing her undergraduate degree at the University of Miami, Dr. Cosgrove believed that her destiny was to become a musician.  As fate would have it, she happened to see a commercial that dealt with the shortage of nurses.  This commercial changed the course of her life and led her down the path of nursing.

In 1974, Dr. Cosgrove began her medical career as a neonatal and pediatric intensive care nurse.   For six years, she attentively cared for and nurtured newborns and children back to health.  While still a nurse, Dr. Cosgrove became more fascinated with the various aspects of her work at Miami Children’s Hospital.  With a renewed sense of purpose and encouragement from residents, friends and co-workers, she enrolled in the medical degree program at the Universidad Autónoma de Guadalajara in Guadalajara, Mexico.  Although it was a completely different country and culture, this would be where Dr. Cosgrove would begin her quest to become a physician.

After two years of study at the Universidad Autónoma de Guadalajara, Dr. Cosgrove realized that she needed an environment that was more conducive to learning and transferred to Ross University School of Medicine (RUSM) for her clinical rotations.  RUSM gave Dr. Cosgrove and several of her friends the opportunity to return to Arkansas to complete their rotations.

In 1987, Dr. Cosgrove began her medical practice as a pediatrician and dedicated her life to advocating for children.  For thirty-two years, she has been at the forefront of pediatrics.  While president of the Florida chapter of the American Academy of Pediatrics (AAP), Dr. Cosgrove continued to advocate for children.  She recounts her experience dealing with two lawsuits that were underway in the state of Florida and having to attend federal court weekly for a period of five months.  Although an arduous process, Dr. Cosgrove persevered in winning both lawsuits.  This was a tremendous victory for the children in the state of Florida because it gave them greater access to care.

When asked what advice she would give to a new RUSM student, Dr. Cosgrove replied, “I would tell the student to look at each year as an individual year, not four years of hard labor.  I would also tell them that the first year is the most important because it gives you good study habits and once you have those down you can accomplish everything else.”

Dr. Cosgrove is a member of the AAP board and the Florida Medical Association (FMA) board.  On the AAP board, she is working on critical initiatives affecting teens and young adults, as well as policies for drowning prevention.  She loves being a role model to many of her patients and inspiring them to become physicians.  Dr. Cosgrove also enjoys mentoring students throughout their careers.  She hopes to continue her missions’ trips to Ecuador and accomplish her goal of opening a free clinic outside of Quito to help those with the greatest need.