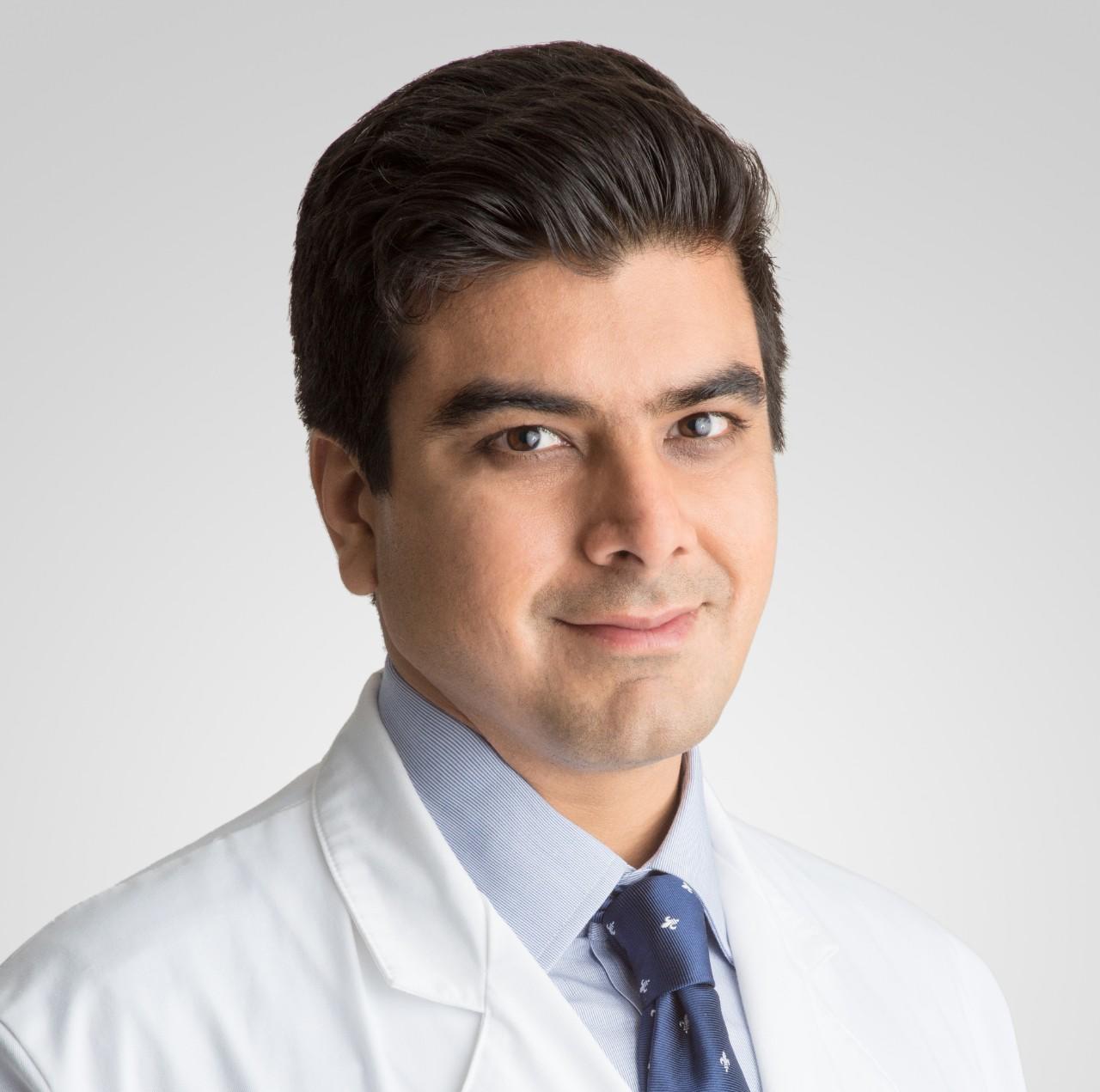 As a recognized, dual-boarded pain management and rehabilitation specialist, Karan Johar, MD ’07 is passionate about cultivating meaningful relationships with his patients, and providing a multidisciplinary approach to complex pain management.

A quintessential Ross University School of Medicine (Ross) student, Johar is a firm believer in following his dreams and allowing nothing to stand in his way. His latest dream? To own and operate a university quality private practice in the heart of New York City – a goal that he is turning into reality just 12 years after graduating from medical school with the January 1st, 2019 opening of NYC Pain Specialists and Park Avenue Pain Institute & Surgery Pavilion, located at 993 Park Avenue.

Reaching this pinnacle in his career has not been without obstacles, however.

“I heard a lot of feedback that no, you have to finish residency, work somewhere else for 10 years, and learn the system,” he said. “There’s no right or wrong way to do anything. It’s more how are you going to take on that challenge and pursue that dream. That’s the most important lesson I learned at Ross – that ‘can-do’ attitude is very important.”

Johar was inspired to become a physician as a young child when his grandmother, with whom he had a special bond, became ill and required a series of heart surgeries. Years later, he learned about Ross from a high school friend who was a student there. Interested in the integration process back into the States and thinking it sounded like a great experience and opportunity, Johar decided to apply. Once there, he established many strong friendships that, he noted, will stand the test of time.

Johar went into medicine with a primary goal of creating a space where his patients could feel comfortable and respected under his care. At the forefront of his priorities is the patient experience. Johar often makes house-calls for patients who are unable to come into his office space based upon accessibility concerns, as well as devising individualized plans of care. Johar’s devotion to his patients can be seen not only in his tangible work, but also through his patients’ admiration and appreciation for his investment in their care.

“The relationships I [built] at Ross feel akin to your friends from high school. It’s not like at one point in time you’re in medical school; it’s like you start a relationship and you have people who are resources you can call with any issues that you have, good or bad. And that support system, that community, is very important. I send patients to other Ross graduates often – it’s not that uncommon, especially in NY, to share patients across state lines,” he explained.

After graduating from Ross University School of Medicine, Johar completed his residency in Physical Medicine and Rehabilitation at Washington University in St. Louis/Barnes-Jewish Hospital, before going on to complete a fellowship in Pain Medicine at the Medical College of Wisconsin. After the completion of his fellowship, he realized he needed to take stock and consider his next steps carefully.

“I was like, ok, now what? So, I set my next step as I want to be able to live and work in Manhattan and be able to practice my skill set and do good. A lot of people said the odds are against you to be able to do that, but I didn’t listen,” he said.

Since that time, Johar has been doing everything he set out to do, and more. This includes taking on several leadership positions with local and national organizations, such as becoming president and CEO of the New York Physician Society, the medical director and president of New York City Pain Specialists, an assistant professor at Hofstra North Shore-LIJ School of Medicine, and more recently an adjunct clinical assistant professor at New York University. He has also helped with various passion projects including initiatives to expand rehabilitation hospital bed capacity, improving resource allocation with the American Association of Physical Medicine and Rehabilitation (AAPMR), and advocating for hospital safety through risk reduction with state and federal regulations.

He explained, “As a physician, it’s important to listen and not to make decisions for another person, but to educate them on the pros and the cons and allow them to be part of the decision-making process. It’s teamwork, and in some respects you function as their coach. When you take someone out of pain, it’s something that is physical, it’s emotional. It affects their relationships at home and in the community and if you can help them in that part of their life that can bring about their true personality. Being able to let people reclaim their lives, that’s really awesome.”

Having already come so far, Johar’s focus still remains on his future, and his sights are set high.

“I’m thankful for where I’ve come to so far, but there’s a lot of opportunity. Chronic pain [is] medically underserved and there’s the opportunity to enact changes on the political level that can make an impact amongst different hospitals and clinics across the US starting locally, so that’s important to me. Other things I foresee myself doing – we’re expanding the number of providers here, so I’m sure there will be other locations that will open up, and who knows? Maybe even the Surgeon General of the United States one day,” he said.

Johar also looks forward to mentoring future Ross students and had these words of advice for anyone thinking of applying: “Don’t double guess yourself. You have the power within you and Ross is the opportunity to be able to achieve those dreams. Follow your dreams, your passion, and Ross can be your partner to get there. You’ll be part of their family, and they’ll be part of yours.”