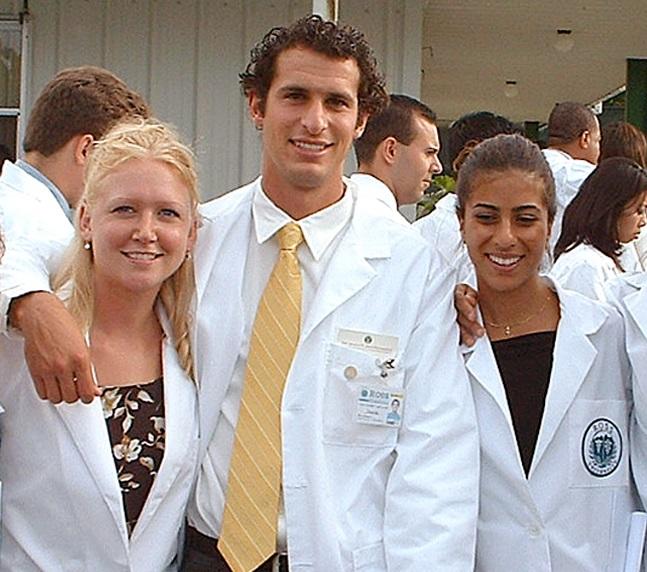 Dr. Salvatore Chillemi grew up disliking visits to the doctors and needles, however he was drawn to a career in medicine through his desire to help and serve mankind through improvements in health and quality of life.

Following graduation from Mercer University with a B.S. in Biology, Dr. Chillemi applied for medical schools in his hometown region of Atlanta, but the odds were not in his favor. The medical schools in the area were looking to fill their classes with students from rural communities. Upon the urging of his family friend, Shonak Patel, who was an RUSM student at the time, Dr. Chillemi applied to Ross University School of Medicine and was accepted. By the time Dr. Chillemi traveled to Dominica to start medical school in 2003, Dr. Patel was in clinicals and became his roommate and his mentor, orientating him with RUSM's curriculum and Dominica. Dr. Chillemi vividly recalls how beautiful Dominica was with gorgeous oceans and picturesque mountains. Being so far removed from family and the comforts of home, he immediately bonded with his fellow classmates, coming from various and diverse backgrounds. He recalls the uniting comradery between students, faculty and staff, as they worked towards the success of the student body.

After his successful completion of the basic sciences, Dr. Chillemi continued with his clinicals in Miami and New York City. He enjoyed the experience as he was exposed to various hospital administrations, systems and sectors. It was during his rotations that he was able to see the direct impact a physician had on their patients. A Sicilian couple came in for treatment during one of his rounds and Dr. Chillemi was the only individual able to understand them, easing their fears as the attending physicans diagnosed and cared for them. This was a pivotal moment in Dr. Chillemi's career, showcasing how deeply connective and vital the patient and physician relationship is.

Graduating from RUSM in 2007, Dr. Chillemi is now a Nephrology Specialist, caring for patients that are in advanced stages of kidney disease in the greater Atlanta, Georgia area. Also, his RUSM mentor, Dr. Shonak Patel is now a Vascular Surgeon in Florida. Dr. Chillemi's success at RUSM inspired his younger brother, Dr. Filippo Chillemi '09, to attend Ross University School of Medicine, also.