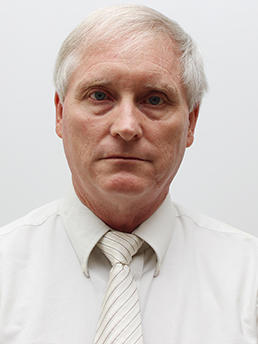 Bruce Wright, PhD, received his Bachelors of Science (BS) in Biology from the University of New Orleans, and his Doctor of Philosophy (PhD) in Physiology from Louisiana State University Health Science Center, also in New Orleans. Following two postdoctoral fellowships, he taught at a private liberal arts college for several years. In 2005, he began teaching at Caribbean medical schools in Nevis, St. Kitts, and Sint Eustatius, respectively. Dr. Wright joined the faculty of Ross University School of Medicine in 2008 as an Associate Professor, and was promoted to full Professor in 2014. He also holds the position of Module Director for Digestive Systems 1 & 2.

Dr. Wright’s professional experience also incudes working with the American Physiological Society’s Teaching section as an officer and reviewer for its associated blog, Physiology Educators Community of Practice. He is also a National Faculty Member of the National Board of Osteopathic Medical Examiners, for whom he writes and reviews both COMLEX-1 and COMAT items.

Areas of expertise
Education and Certification
Honors and Awards