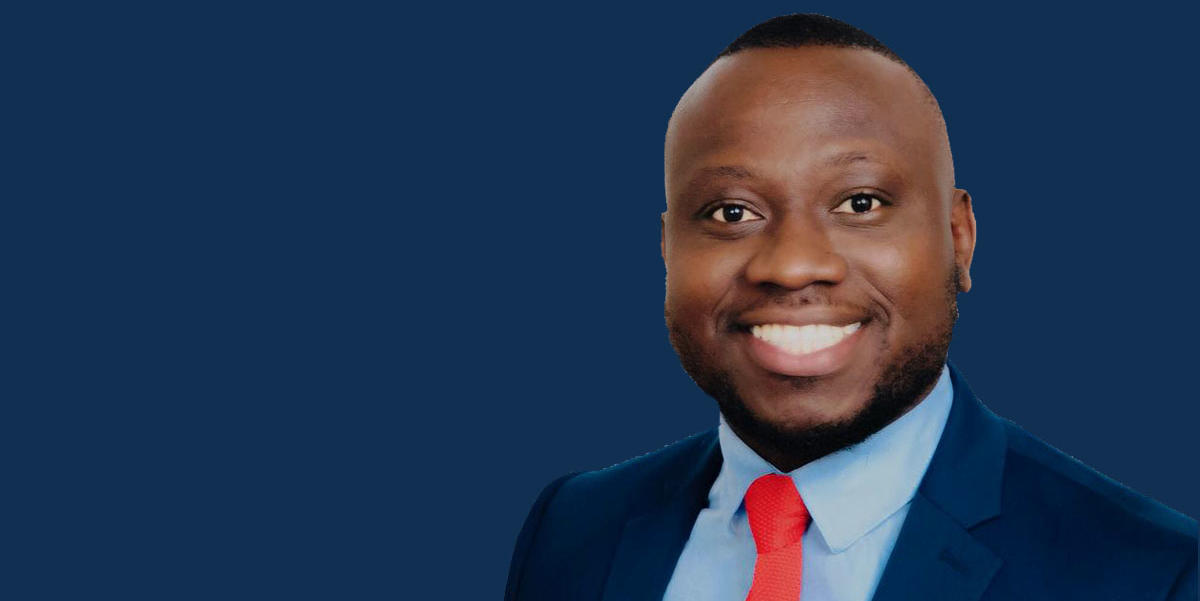 “Amazing.” “Crazy.” “Wow.” Those are the words Timothy Sobukonla, MD ’19, used to describe how he feels about graduating from Ross University School of Medicine (Ross) and getting to be called “doctor” for the very first time.

“It still hasn’t sunk in all the way, mostly because I just finished my clinicals this past week, so it still feels surreal,” Sobukonla said. “You go to the island not knowing how everything is going to pan out, and then one day you realize, oh, I’m done. That’s the craziest thing.”

Sobukonla has always wanted to be a doctor. His interest was compounded as a teenager, however, after his mother suffered a serious accident. Like many other Ross students, he applied to U.S. medical schools after graduating from college, but wasn’t accepted. Not wanting to be idle, he decided to join the US Army, Automated Logistical Specialist, and upon his completion of service decided to give medical school anther go. He noted that Ross’s admission cycle was just what he was looking for, since he did not want to wait any longer to follow his dream.

When asked what his experience at Ross was like, Sobukonla explained, “It was fun. I did the accelerated track, which was kind of like medicine on steroids, but you always knew what you had to do to get to the next step. It really prepared me to be able to deal with anything and do whatever it took to get things done. That kind of helps you down the line.”

While at Ross, Sobukonla was involved in a lot of extracurricular activities involving patient care, which strengthened his residency applications and helped him secure a spot within Morehouse School of Medicine’s Internal Medicine (IM) Residency Program – his first choice.

“The MATCH℠ [National Resident Matching Program®] was a great experience. Once you get your interview, it doesn’t matter if you’re a Caribbean or American medical grad [because] you’re all on equal footing and it becomes your personality and what you bring to a program,” he said, adding, “And being a well-rounded applicant helps.”

Sobukonla’s interest in Internal Medicine stems from the fact that it is, as he put it, the “bridge” to all other aspects of medicine.

“You cannot deal with any other aspect of medicine without knowing the basics of IM,” he said. “The fact that it’s so broad and deals with so many things, and the fact that you can specialize, made me want to go into it.”

As he looks toward the future, he noted that he would like to perhaps specialize in pulmonology/critical care, but is keeping his options open. He would also like to travel to his home country of Nigeria and open a clinic as a way of “giving back.”

At the moment, however, Sobukonla is looking forward to beginning residency and immersing himself in his specialty of choice for the next three years.

“I look at residency right now and I’m like three years, wow, that’s a long time,” he said. “But then I remember that’s what I said when I first got to the island, so it goes by fast.”

He is also taking with him a greater sense of confidence in himself, which is something he is grateful to Ross for.

“You get more confidence because you realize you’ve put in all the work and gotten everything you need to become successful,” he said. “One thing about [being a] Rossie is that you have to keep pushing and learning daily, and it creates in you [a] need to keep improving and adapting because you want to keep being informed and keep being a better person, and a better doctor as well.”