A Zest for Adventure, Success and Academic Growth, Bryan Hayse Guides Students on their Life Path

The astute associate dean of student affairs at Ross University School of Medicine (RUSM) exudes a soft-spoken demeanor, wrapped in a gentle Western Kentucky drawl. But when asked about how to best mentor graduate students, a passion ignites in Bryan Hayse, EdD, that immediately signifies the academic connections are an extension of his family. 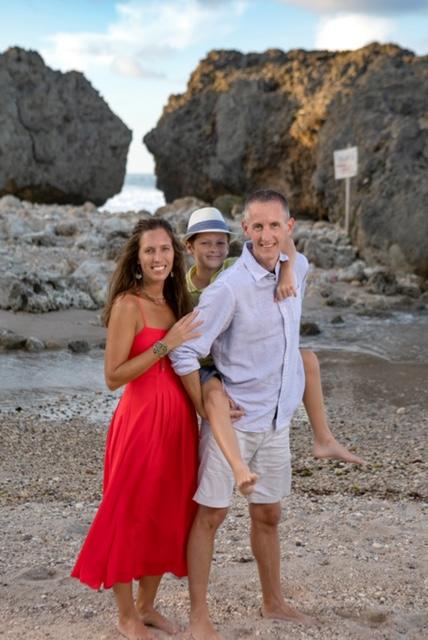 “For me, the goal is to provide meaningful experiences that push students to question who they are and what they want to be,” explains the RUSM leader who celebrates his five-year work anniversary this month. “You want them to understand that it’s ok to challenge their belief system as they grow as a person — to ensure it’s not just what they have inherited, but what they truly believe. It’s about building their confidence, helping them define their own success, and leading them toward that by helping them discover themselves. It’s an unbelievable feeling when you see how much a student has grown — how they achieved the unattainable or unexpected. Sometimes, life will get in the way — there are bumps in the road or they realize their dream has changed — but most of them undoubtedly have the desire and the dedication. I just remind them to focus on their own race and finish it on their own timeline.”

Growing up in a picturesque community where the Tennessee and Cumberland rivers meet, Bryan credits his parents for his strong work ethic, compassion for people (and animals) and moral compass. He also believes his eventual move to the Caribbean was spurred by his parents’ support of his SCUBA certification, which he earned at 15 years old. Bryan has since completed Rescue Diver certification and explored coral reefs throughout the Caribbean and Hawaii. He hopes to soon resume the sport in Barbados, and laughs when he thinks of his humble training ground — a flooded rock quarry.

From Dawn to Dusk

Skipping rocks was part of Bryan’s childhood as was running through creeks on Kentucky Lake and playing tackle football with the neighborhood kids. Most of his childhood adventures centered around church youth group and Boy Scout activities — camping, hiking, fishing, water and snow skiing, spelunking, climbing and rappelling. He fondly remembers days when he’d play until it was too dark to see, only heading in when his mom hollered from the patio door.

Bryan hit his athletic stride in middle school playing roller hockey and soccer. As a competitive roller hockey player, he was invited to the Olympic Training Center in Colorado Springs on two occasions to qualify for the national team that later went on to compete in the 1992 Barcelona Olympics. Though disappointed at the time, falling short of the 10-man roster didn’t diminish Bryan’s honor to have made it that far. The fast-footed athlete also used his running and shooting skills to play soccer, enamored with the explosion of the sport during the U.S. team’s debut in the 1994 World Cup. “I thought it was so cool — there were guys out there playing the sport I loved.”

Much of Bryan’s free time now is spent with at the pool or the beach with hopes of scheduling in more golf, scuba diving and snorkeling. “We want to make sure we never stop appreciating this island and all it has to offer.” In the meantime, he’s applauding his wife Brandy whose team just won the Barbados Tennis Association’s annual Interclub Championship and their 11-year-old son Braylen who recently completed his level two sailing certification and won first place in his first regatta. When Bryan asked his son to take him out on the water, Braylen refused saying the boat was too small. “I told him he needs to get a bigger boat,” Bryan laughed. “My son has spent over half his life in the Caribbean. He’s in the pool and the ocean, collecting critters. He’s learning to surf and goes to soccer, tennis, surfing and golf camps. He’s living his best life ever and I’m living mine through him.”

Braylen hopes to become a veterinarian, and Bryan has already requested to be his assistant so he too can live out his younger aspirations. Excelling at math and science, engineering became a natural career path for Bryan. But once in college, and after working at a summer camp, he couldn’t ignore his thirst for outdoor life and majored in recreation and leisure services. While earning his master’s degree, he worked as a hall director to defer costs and was soon sold on the perks of higher education. “It is truly the best of both worlds — education and working with college students.”

Also in education is Bryan’s bride of 15 years. They enjoy traveling, beach days with loved ones and visiting family throughout the southern U.S. Bryan hopes his family — as well as colleagues and students — always remember him as a person who genuinely cares about their wellbeing.

“I am a problem solver and that’s my go-to. I don’t get caught up in the madness of life; I figure out what I can do to make it better, which keeps me positive and focused. I want to always have purpose — to be a productive member of society and to stay happy. Life is too short to not be doing the things you love most of the time and that includes work.”

While they never officially met, actor Bruce Willis lived a few doors down from Bryan while filming a movie in his hometown.

However, Bryan is happy to share Brandy’s claim to fame — country singer Lee Ann Womack was her childhood babysitter.

While he yearns for a year-off to tour the world, he’ll settle for revisiting Italy and traveling to:

Bryan’s This or That