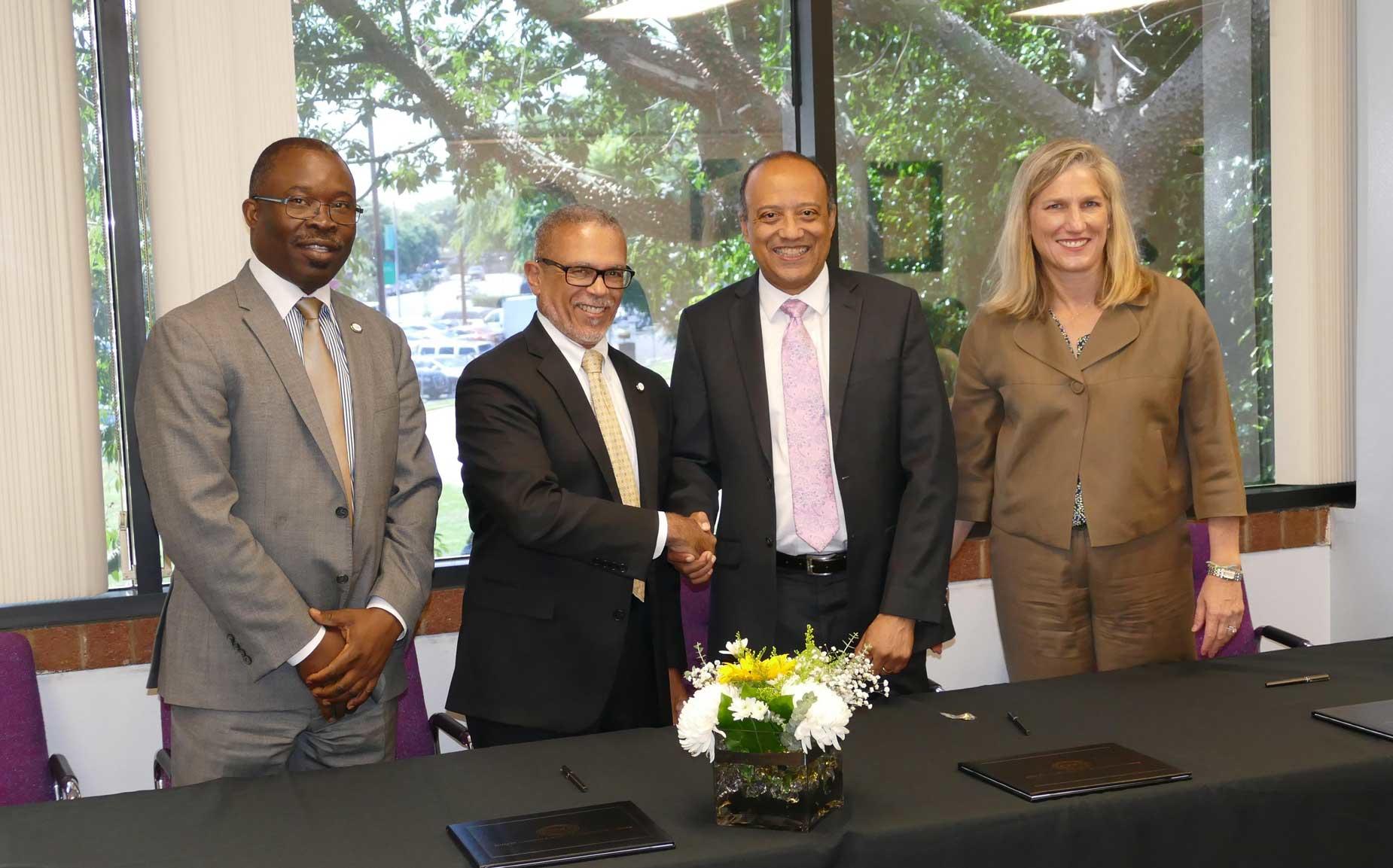 Charles R. Drew University of Medicine and Science (CDU) and Ross University School of Medicine (RUSM) today announced an agreement to establish joint education programs that are expected to increase the number of physicians practicing in under-resourced areas, including in California.

The collaboration, to be announced at a signing ceremony at the South Los Angeles campus of CDU on September 12, 2018, will establish a pathway program at CDU giving preferred admission into the Doctor of Medicine (MD) program at RUSM to CDU post-baccalaureate students who meet admission criteria.  Since 91 percent of CDU students are from California (with 70 percent from L.A. County) and more than 80 percent report returning to practice in underserved communities following graduation, it is likely that many of these students will return and provide much-needed care in Los Angeles.

“The intent of this exciting partnership is to take on the challenge of inadequate numbers of underrepresented minority doctors in the U.S. using novel student engagements, validated support programs, and senior level commitments to success,” said William F. Owen, Jr., MD, FACP, Dean and Chancellor RUSM.

“We feel this collaboration with RUSM is a tremendous opportunity for us both to help address one of the critical healthcare issues of our time:  the shortage of primary care physicians in general, and in medically underserved communities of color, in particular,” said CDU President and CEO David M. Carlisle, MD, PhD. “It’s a creative approach by two organizations with a common purpose.”

This partnership is the first-of-its-kind for both institutions, uniting the highly regarded Southern California University with a high-quality international medical school in a common and socially-impactful purpose. RUSM has a history of educating diverse physicians with a high percentage of graduates – nearly 75 percent – choosing to practice in primary care. RUSM graduates are eligible to become licensed to practice in all 50 U.S. states, Canada and Puerto Rico, and RUSM is opening its new, permanent medical sciences campus in Barbados in January 2019.

“CDU actively seeks partnerships with educational institutions that share our mission of creating more access to medical education and graduating more healthcare professionals who will practice in chronically under-resourced areas,” said CDU Executive Vice President of Academic Affairs and Provost Steve O. Michael, PhD.  “We have such a partner with RUSM.”

RUSM is a member of Adtalem Global Education, a mission-driven organization headquartered in Chicago that operates a portfolio of higher education institutions and professional education companies, including medical, nursing, veterinary and healthcare education institutions in the United States and internationally. Adtalem CEO Lisa Wardell, currently the only African-American female leading a Fortune 1000 company, stated, “This agreement is the embodiment of our vision to create a dynamic global community of life-long learners who improve the world. We are pleased to have RUSM collaborate with Charles R. Drew University Medicine and Science, and we look forward to the contributions these students will make to their communities as physicians.”