Always Striving to Give More, Dr. Atlee Baker Pays It Forward to the Health Community

Eager to help his future coworkers on the front line, Ross University School of Medicine (RUSM) alum Atlee Baker, MD, wasn’t content waiting on the sidelines until the start of his internal-medicine residency in Louisiana. So, a few months back, he offered his future employer an early start date. He then researched options to help at facilities in his Maryland hometown. And, persistence finally paid off when Atlee landed a non-clinical role to supervise the donning and doffing of personal protective equipment for healthcare workers at a local hospital. He stayed outside of the COVID-19 isolation room, serving as an extra set of eyes for his new colleagues. 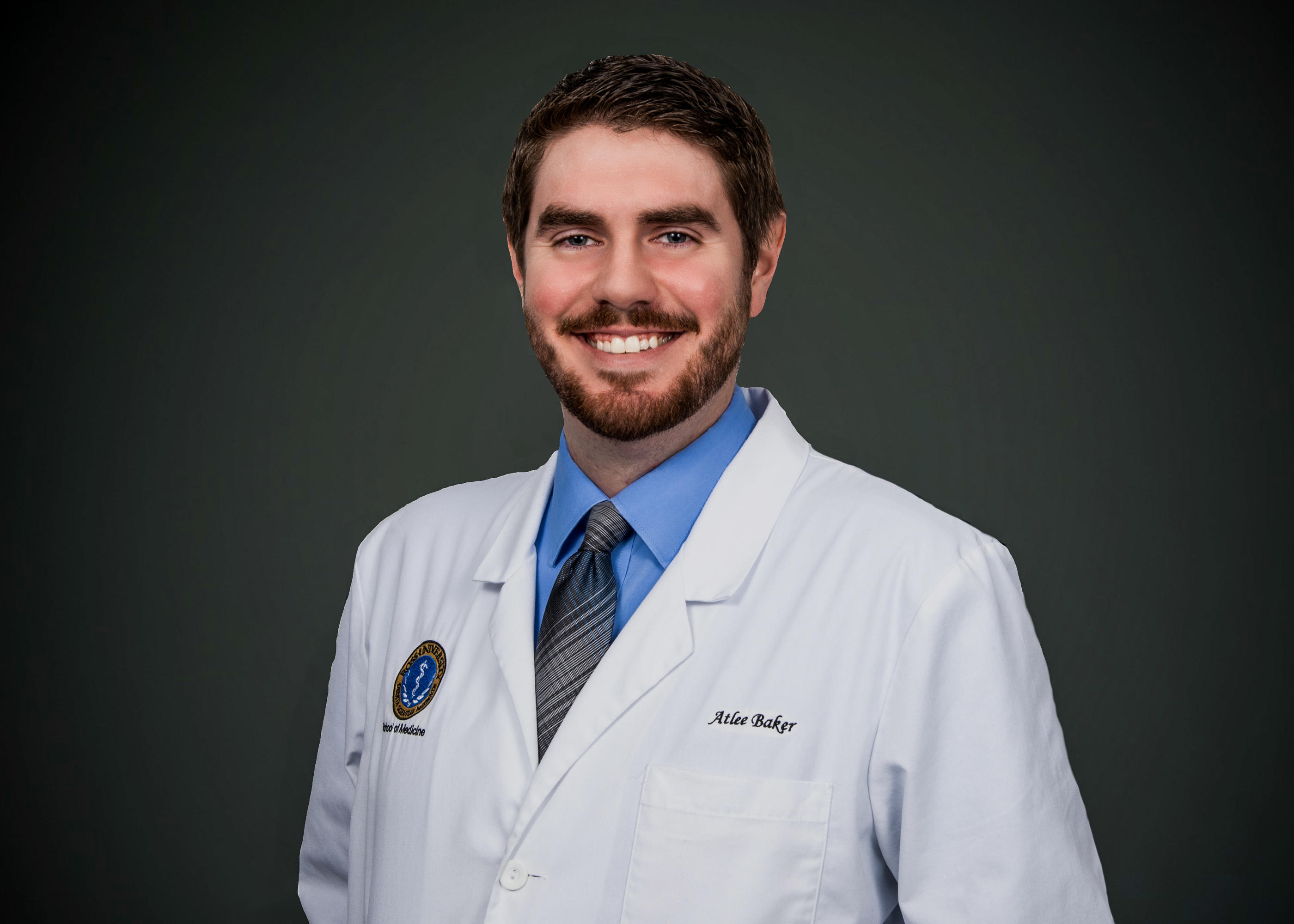 “Most people would start small and then probably jump in, but I wanted to make an immediate contribution,” said the 2019 graduate who also donated blood during his shelter-in-place orders. “I wanted to do anything I could to help workers, families and community members.”

Last year, during the final leg of his medical-school education, Atlee learned about Chamberlain University’s Master of Public Health (MPH) degree program and knew it would round out his already impressive resume. “Public health is so important right now with everything that’s going on. It shifts from quantity of care to quality of care and shows the advantages of talking with people about their socioeconomic background to give a more concise diagnosis.”

Atlee explained how he could immediately put his learning into play. “If a patient comes in for recurrent heart failure exacerbations, instead of treating that and sending him home, I can try and understand why he’s having these exacerbations. Maybe he can’t follow a low-sodium diet because he’s lives in a low-income area that doesn’t offer healthy choices. We have to try and get ahead of why this is happening so we can treat it holistically.”

A team player and natural leader, Atlee earned the prestigious rank of Eagle Scout as a teenager and has continued to seek higher achievements ever since. He tackled multiple majors in college, tutored in between his medical studies in Dominica and then enrolled in the accelerated option for Chamberlain’s MPH degree program. Atlee now practices internal medicine but plans to specialize in nephrology and become an academic.

In his younger years, Atlee favored basketball, soccer and baseball but an injury steered him toward a now casual game of tennis when he’s not experimenting in the kitchen.

Keeping His Chin Up

Though he’s new to the resident scene, Atlee’s had his fair share of tough consults during clinical rotations. He remembers consoling an older patient and her daughter when it was determined she had pancreatic cancer. “Even though I was nervous, I couldn’t show that. I tried to stay empathetic yet stoic, standing behind the science, even though I was nervous inside and didn’t know how the family would react. It was incredibly difficult to balance at that moment.”

Another patient presented as a suicidal schizophrenic who was behaving belligerently. “I went in to have a non-judgmental conversation and let him know the questions I had were going to be intimate. It turns out he suffered from schizophrenia that was controlled by meds until life happened and he went off the meds. He just needed someone to talk to. That’s what medicine is all about — walking into patient rooms to start a conversation, to get to know them and to figure out the best way we can help them so they can live happy, fulfilling lives.”

Wall of Gratitude
and Thank-you Message