Her world revolves around providing care to multiple audiences — support and maternal protection for her young Black sons, comfort and medical know-how for her obstetrics and gynecological patients and a role model and change-advocate for her Black community. Born and raised in the nurturing and seemingly egalitarian country of Canada, Ross University School of Medicine alumna Jessica Shepherd, MD, MBA, FACOG, rushes to dismantle the racist infrastructure in the United States so she can lessen the hardship that will soon become a reality for her boys. 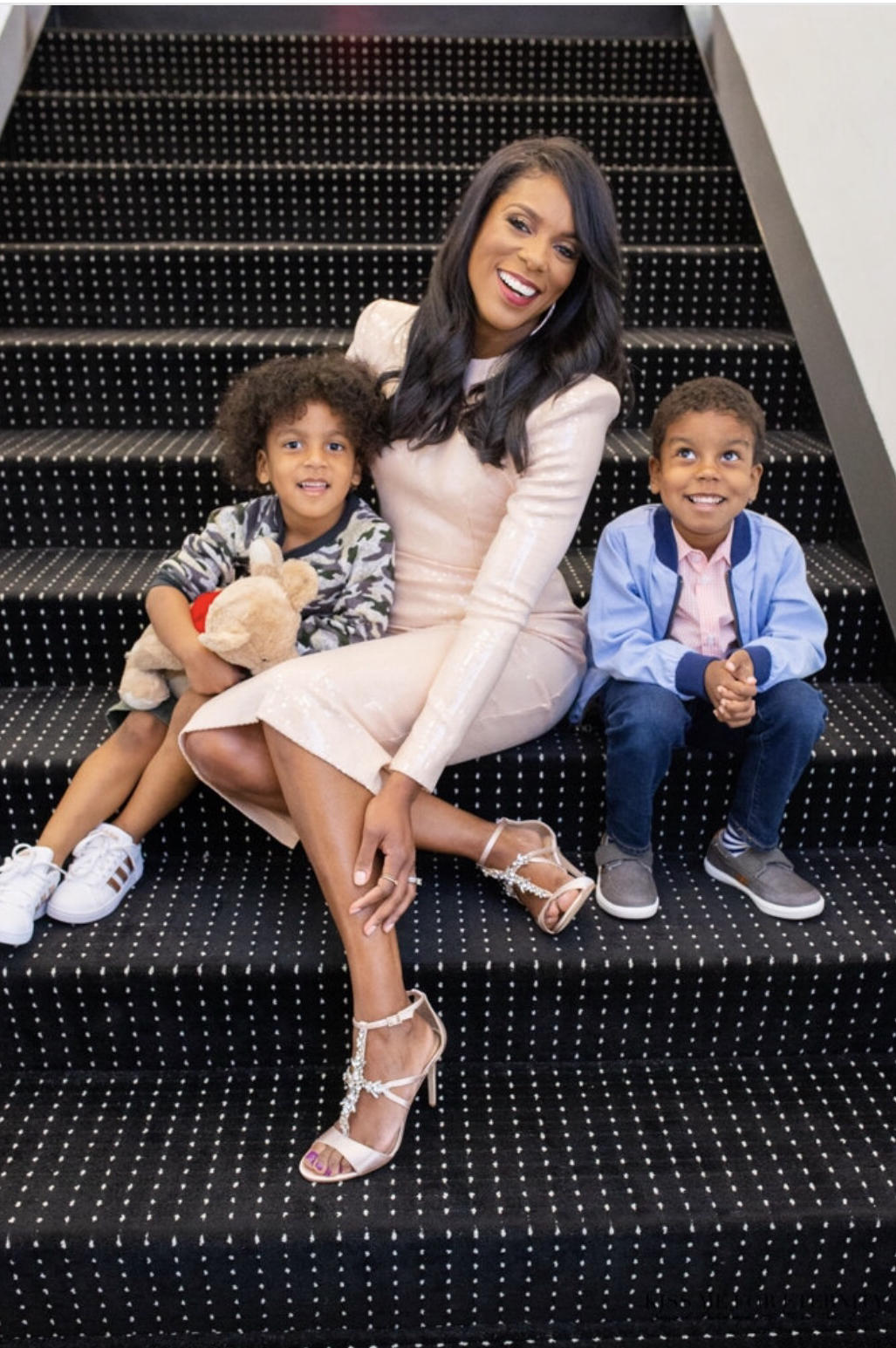 “The infrastructure of Canada is not as systemically racist as in the United States,” said the OB-GYN surgeon at Baylor University Medical Center in Texas who believes her Canadian childhood somewhat decreased her experiences of racial profiling. “The U.S. was built and developed through slave ownership and because of that, there is a deep interweaving of slavery, which has generational effects on the African-American community. What we are seeing now is the generational trauma from the insult and drama of slave labor because it has never been addressed so everything was built around racism — the structures, the rules and even as much as real-estate redlining in many cities — everything moves throughout the rungs of improving others’ livelihoods but not of the Black community.”

Jessica doesn’t recall learning many life lessons regarding racism because it wasn’t a prevalent part of her upbringing. But she acknowledges all bets are off with her five- and six-year-old sons. “I have to restructure my message to be firm and notable,” she said, adding that she’ll start the tough conversations with her eldest son over the next few years. “Growing up, my parents made sure we exceeded every level of education to the best of our ability because it could get us to various places. I will empower my sons with that same message but now I need to also tell them that they will be treated different and won’t be afforded the same opportunities because of the color of their skin.”

Parents of her sons’ classmates have reached out in recent weeks to show support and to ask how they can help improve the public-school system. “These are the conversations we have to have because it’s important that my sons know they have a strong support system everywhere. I’m flabbergasted that I have to taint their innocence with something that is so hard to think about — that I have to literally say, ‘because of the color of your skin, here are all the things that will be different for you.’ It’s unbelievable.”

Jessica’s parents, originally from Jamaica and now in Oklahoma where the family moved two decades ago, are also flummoxed about the news these days. “Being in the West Indies and of African Caribbean descent where there was some type of colonial infrastructure, they were surrounded by Black people but there were different levels of society. In Canada, there may have been some racism and their color affected their access to jobs at times but it was not as much of a profound effect as what they’ve seen in the U.S. They’ve experienced three different kinds of racial inequalities in three different countries and what they see here is alarming and palpable. It’s so visible that the inequality seeps into your soul.”

Currently in Dallas, Jessica has lived in many cities and experienced varying social inequities in each location. She remembers first being desensitized to race in high school as she became more aware of world causes. “There’s a history of this behavior but this is a different trauma for me. I am trying to process this as an adult, a female, a mom, a wife, a doctor. And how do I navigate through this and stay aware of my emotions? Before I would internalize it all and that was horrible but I didn’t take time to evaluate what was happening. I would try to figure out who I was and what I believed in and knew I had to navigate around the issues. But now it’s the norm. Now it’s an everyday conversation. I’m challenging myself to answer the hard questions and have more intentional conversations with both Black people and white allies so I don’t stay stuck.

“I realize this is an example of history repeating itself but I have to be active in this process. I have to find the people who can help me be a more active participant. Racism cannot be erased from Black people because they haven’t created this infrastructure. I’ve had a lot of colleagues and friends who are white who’ve reached out to me and we’ve allowed our friendships and relationships to be different now because I need their help. We need to be vocal together so we can make a change.”

While Jessica takes a vocal stance against racial inequality, her husband takes a different approach by intertwining himself into social activities and gathering groups of people to determine next steps. “It’s delightful that we can have the same outcome trying to accomplish something together even though differently.”

Jessica is also advocating at her workplace and supporting a Black resident to ensure her voice is heard and to maintain solidarity between the two of them. “We’re teaching others who have the privilege to take a stand and show that our lives are valuable too.”

Recently, Jessica joined other physicians, nurses and medical students in a march, supporting #whitecoatsblacklives, and was invigorated. “I kept asking how we can keep this momentum going. It’s the younger people who have the gust to move it forward. I’ll provide the mentorship, speak at the grassroots meetings, have conversations with corporate leaders, whatever is needed. There’s so much work to do but if we keep chipping away at it, small changes over time will alter the outcome.”

In fifth grade, Jessica’s dad asked her to write a report detailing what she wanted to be when she grew up and her passion has never wavered — improving women’s health. “I’ve always been fascinated with delivering babies and then my mom brought me to her OB-GYN and I interviewed him. I tried to change the trajectory in school to make sure I wasn’t being too micro-focused but nothing else was piquing my interest.”

Jessica’s surgical days, which includes procedures to remove fibroids, endometrial tissue, uteri or performing cosmetic work, have significantly changed since COVID-19. Only performing surgery if a patient tests negative for the virus twice — by swab as well as by the antibody blood test — she said telehealth has revolutionized medicine and positively modified doctor visits.

When she’s not practicing medicine, Jessica is figuring out what she can do next to impact change. Recalling an incident not too long ago when she was pulled over by police for no known reason — and never given a reason by any of the officers — she holds out hope that progress will prevail. “I have been exhausted from the superficial fixes. I have a platform to speak to people of influence and that’s where I have to focus my energy now so we can dismantle the actual infrastructure and change the system to invoke change. I want to challenge myself every day and have conversations with allies — something I’ve missed in the past. I don’t want to offend people but I also don’t want to pacify anything. There’s a silent majority — you know who you are — who know this is wrong. Those are the people I want to connect with so we can make a change. I don’t have time or energy for those who are silent and racist. Either they will stay silent or they can make an impact. It’s my responsibility to have those uncomfortable moments and those uncomfortable conversations.”