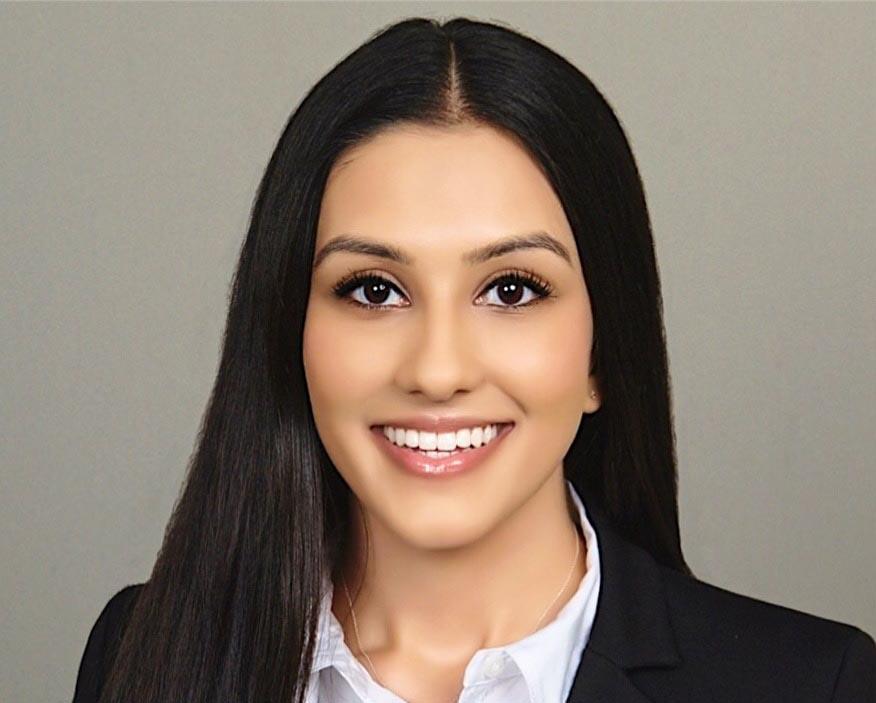 RUSM Alumna, Nikita Gill: The Importance of Making a Connection With Patients

Nikita Gill’s, MD ’19, combined passion for science and helping people led her to choose medicine as her future career choice from an early age.

“I have always been interested in science, problem-solving, and working with people, so for me medicine just made sense,” she said.

Gill decided to go to Ross University School of Medicine (RUSM) directly out of college after learning about Ross students’ impressive performance in the National Resident Matching Program® (The MATCH℠).

“I chose to go to Ross because I was certain that I wanted a career in medicine.,” she said.

For Gill, going to medical school far away from friends and family and everything she knew was an experience that was both challenging and rewarding.

“The best thing I got from Ross was the relationships I built with other students,” she explained. “We were all in the same situation and [became] so resilient. There was a hurricane when we were on the island our first semester and we were there together and I feel like we were stronger because of it.”

She continued, “Experiencing island life and enjoying the backdrop of the Caribbean for the first 16 months was a huge highlight of my medical school experience. I often studied where I would have a view of the palm trees and Caribbean Sea, which was really nice.”

Given Gill’s love for interacting with people, specializing in Internal Medicine (IM) seemed the perfect choice for her. She set her sights high and confidently ranked New York University as her top pick. Still, when the email announcing her residency placement location was delivered, she froze.

“I was sitting in a restaurant with my parents and saw that I got the email and was like, should I open it? And they were like, yes! And when I opened it and saw where I’d matched I jumped for joy. It was my first choice,” she said.

Gill noted that she is greatly looking forward to residency, where she expects the realization that she is really and truly a physician now will fully sink in.

“Graduating was surreal, I almost didn’t even realize it was happening. We were just kind of standing there in the beginning lined up to go in looking at each other like, is this really happening? It didn’t really click till I shook the dean’s hand and was like, I’m actually a doctor now. It’s not going to totally hit me till the first day of residency, though,” she said.

Still an avid learner, Gill explained that her IM residency is just the start of her medical career and that she would like to go on to do a fellowship in Gastroenterology and eventually go into academic medicine and teach other medical students.

Making a Connection with Patients

But for now, and throughout her career, she is looking forward to building long-term, meaningful relationships with her patients and learning all she can as an IM resident.

“Having my own patients and being able to make those connections is so important,” she said. “IM will give me a chance to form a strong base in many different areas of medicine that I’m interested in, as well as work with my hands and complete interesting procedures.”

She noted that she recommends Ross, and medical school in general, to aspiring students who simply cannot see themselves doing anything else.

“Ross has great connections, but at the end of the day it’s what you’re going to put into it,” she said. “If a student is willing to work really hard and prioritize their school work and learning and education, then this is the route for them.”