For this vivacious, no-nonsense Ross University School of Medicine (RUSM) student, it’s an honor and privilege to be called a Black woman. Raven Lewis, who was raised to be mindful of her behavior around Caucasians, is convinced the Black Lives Matter (BLM) movement will finally nudge the needle. She’s an energetic leader who's proud to sit on the Diversity & Inclusion Taskforce, ensuring equality continues to reign across RUSM. 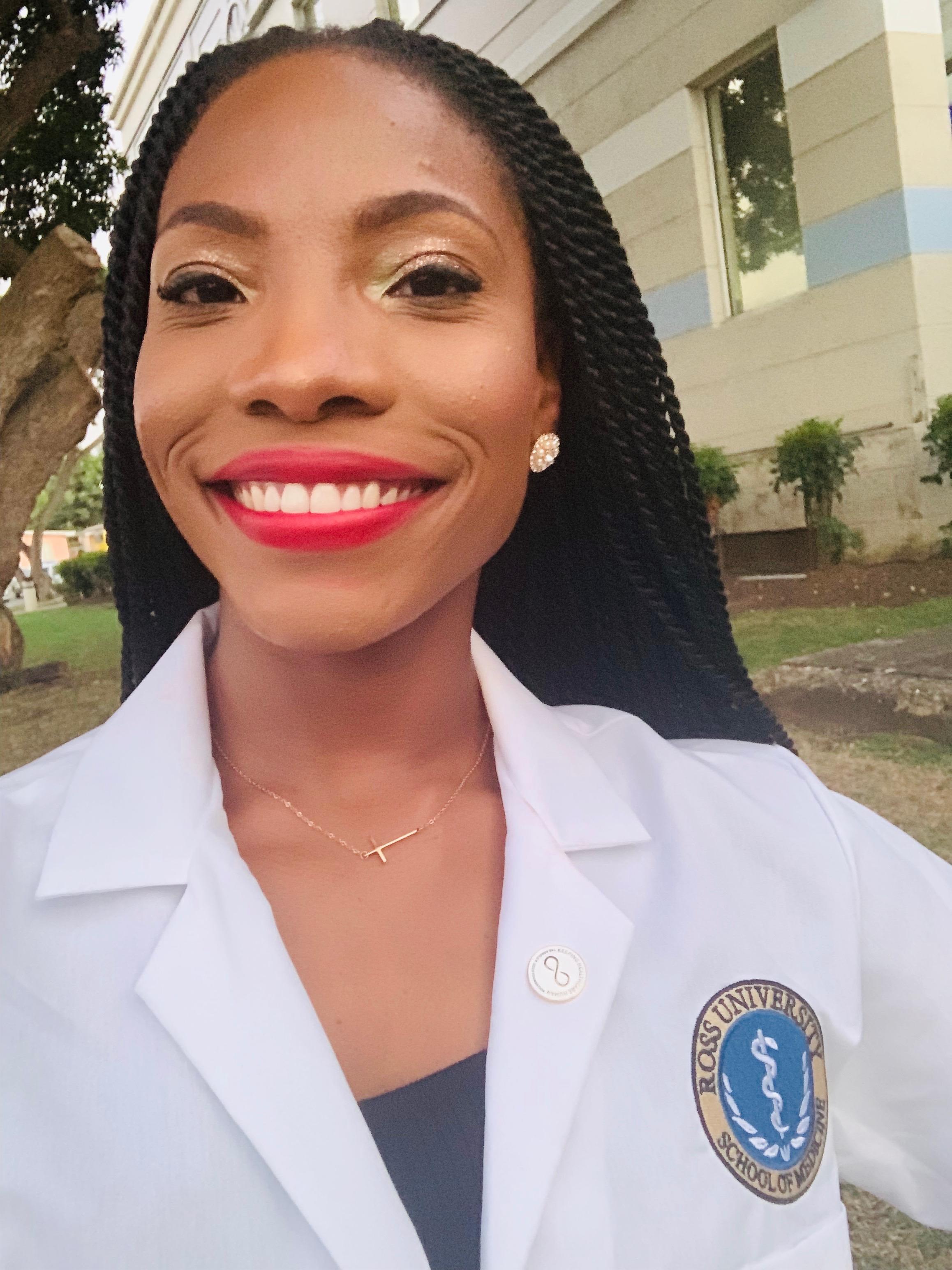 “When everything happened with the recent uprising, like many people, I immediately felt broken that we were going through this yet again,” said the president of the University’s White Coats for Black Lives and Student National Medical Association chapters. “I couldn’t just sit back and do nothing. This is breaking the community here. Some institutions are scared to take a stand, but we aren’t. I want people to know and understand that this is what Ross University stands for.”

When Raven arrived in Barbados two years ago, she remembers feeling welcomed by the Afro-Caribbean natives who immediately embraced her friendly, outgoing demeanor. But she also noticed her classmates were not focused on establishing the same sense of community. “We are extremely diverse, but I don’t think we make the most of it. I see a lot of cliques among ethnicities and some implicit biases. We need to take advantage of having students from all over the world who can teach us about how they’ve been misjudged or profiled and learn from it. We need to understand the different demographics, ethnicities and cultures, and then bridge the gap between the Ross University community and the locals. When locals come to our campus to be treated, we need to have an understanding of their culture. As future physicians, we need to know things like how to treat a Muslim woman who’s wearing a hijab and may not want to be touched and understand the lifestyle of the LGBTQ community.”

Raven grew up in Houston, Texas and spent many months in and out of hospitals as a child. She was raised by a strict, unkind father who worked as a local prison warden and a nurturing mother who practiced nursing and prioritized her children and patients. A sports enthusiast, Raven’s competitive edge in tennis landed her a full scholarship to college. “Like the tennis court, the hospital felt like home because those are the only things I knew.”

By elementary school, Raven had decided her destiny — to be a mom, a doctor and the president of the United States; a dream that has not wavered. The faith-driven vegan said she is leaning toward a specialty in pediatric surgery but hasn’t ruled out psychiatry, anesthesiology or emergency medicine. She also plans to become certified in lifestyle medicine to encourage preventative-care techniques, which she too practices.

Several times throughout life, Raven recalls classmates and adults berating her ambitions, saying she didn’t belong in medical school, but she chose to listen to the few who had her back. “People have always treated me and my siblings different because of the way we look. We learned early on about the role we play in a society that’s controlled by white men — to behave and act in a certain way when we step out of the house. We shopped in the men’s department so we didn’t wear anything tight fitting that would show our curves. We showed them that they didn’t have any power over our character because of the way we dressed and we didn’t react to their attitudes and actions. They could be straight up racist and it meant nothing. We knew who we were and we were going to continue walking and fighting for liberation.”

Raven believes the global unity of races will finally create a permanence for the BLM movement. “We are at or near rock bottom and that’s when things can rebuild and get better. People are starting to connect the dots with the disparities among healthcare, education, incarceration rates, political infrastructure and police brutality. We need to capitalize on this momentum and ensure it doesn’t slow down. With past eruptions, it felt like it was only a Black struggle and no one really saw the deeply rooted issues. We have to start high up and completely break down the system to revitalize and restore it. We have to address and deal with issues from long ago — how land was acquired and the enslavement of human beings. We need to say we’re sorry for past wrongdoings so people can stop hurting and move forward. It will take many generations to fix it all but we must start with today.”

As RUSM prepares to engage, train, educate, advocate and invest in this process to align with the Black community at our University and in all the underrepresented and marginalized communities in which we serve, we invite others to share feedback with us because we know the fight for social justice is a community collaboration