James Bartholomew Leads Others by Showcasing Their Talents; Supports His Family Through Unconditional Love

An authentic optimist, the youngest of nine children recalls an idyllic childhood full of love, surrounded by his ‘heroes’ — siblings who nurtured him since birth. As an adult, Adtalem Medical’s president James Bartholomew, aims to mirror that experience with his four now-grown children, teaching them to start each day with gratitude. 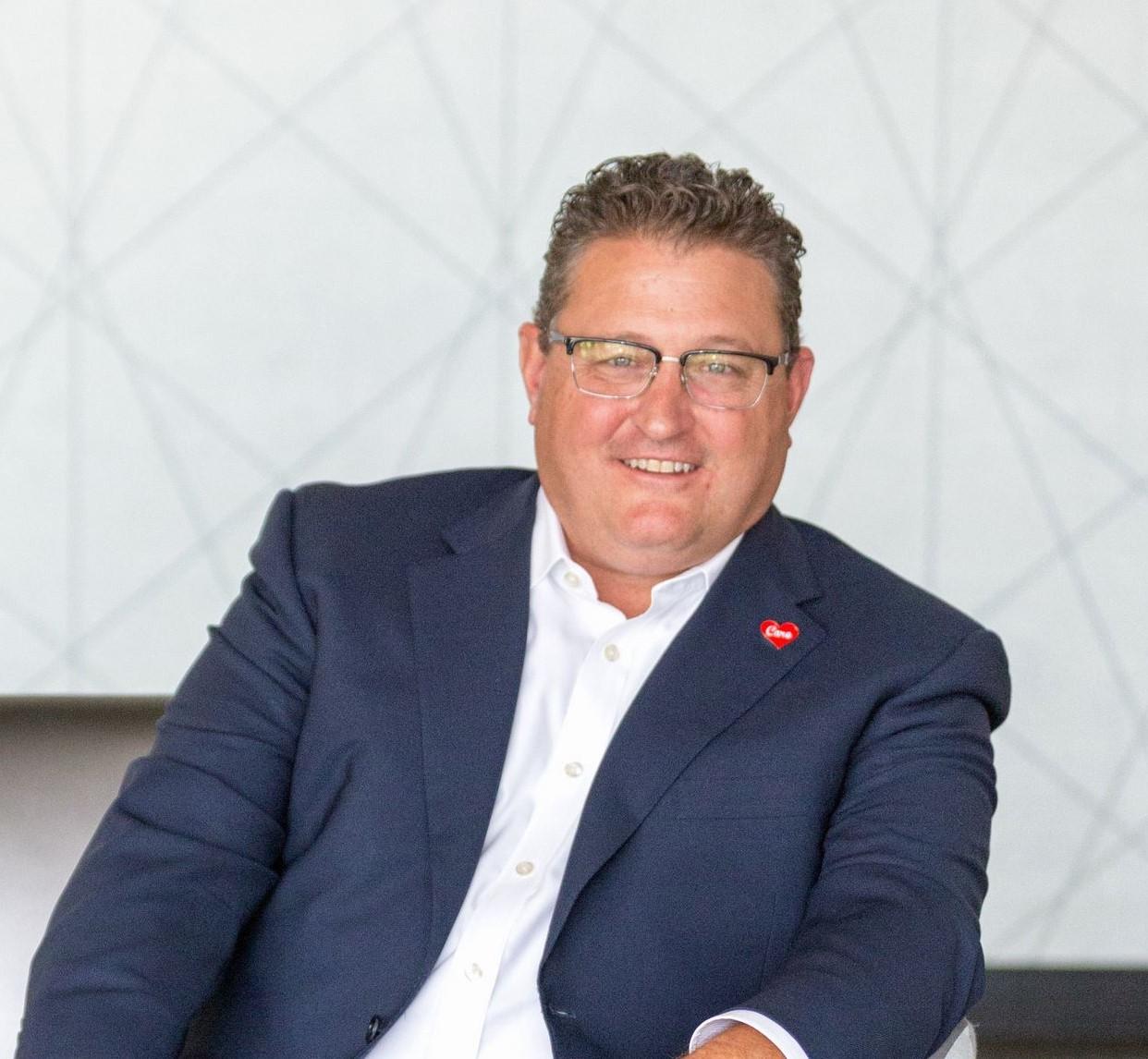 “I connected with each one in such a special way and that made me one of the luckiest people in the world,” James said of his sibling clan, who are four to 23 years his senior and live in the Carolinas and Florida. “Depending on different stages in my life and what I needed, each one became a mentor and an inspiration. We were a big family with running dialogs, good-hearted competition, and a collaborative and loving environment with parents we truly respected.”

James cherished his father, remembering him as a calm disciplinarian and his mother as a supportive nurturer who no one ever wanted to disappoint. The perpetual “why” child, James joked that he wore his mother out with questions, which is why she introduced him to the family’s encyclopedia set. “They were my best friends growing up,” he laughed. “I still seek a lot of answers like that today.”

Constant curiosity led James to study processes — deciphering how things are produced and how they operate. “I looked in the sink and wanted to know where the water goes after the drain because I knew it didn’t end in the wall. My dad ran me all around the city so I could see firsthand how plumbing worked.”

Though fascinated with architecture, James decided to study chemistry and economics and landed in the textile manufacturing business. He soon became a front-line supervisor and fell in love with the people side. “I helped people who were underperforming to become star team members who were proud of themselves.”

He had found his calling — enhance the effectiveness of people, teams and business, which led to company growth and success. When he realized he could unite his desire to develop people and teams with the deep mission and purpose of education, James said it felt like home. His goal as a leader and family man is to always focus on the positive. “I fundamentally believe when you remain positive, your brain will stay in the right frame of mind, allowing you to make better decisions at work and in life, which leads to opportunities and a road to success.”

At the start of every day, James reminds himself of this framework. “I start the day with my mood elevator on the top floor. There’s power in telling yourself about what’s good in life and what will be good about the day.” He believes he instilled the same concept with his four children — Maggie, Jim, Will and McKenzie, ages 26 through 32 years old. And with his other half, whom he met on a blind date when he was a single dad of preteens. “I told her it was a madhouse and she should stay away. But she didn’t; she’s the bravest person I know and I can’t imagine life without her.”

The proud grandpa of three looks back on life with fond memories and said he wouldn’t change any part of it. Eager to again volunteer as a tutor and adult-literacy coach, James spends his free time during the COVID-19 quarantine at his family’s lake house in North Carolina, boating and building a dock.

“At the end of the day, I want to be remembered as someone who contributed. At work, I want to be part of the solution. At home, I want my big brothers and sisters to be proud of what I’ve achieved and my kids to see me as their north star, guiding them throughout life. I like to build a culture of care, which powers personal growth for my team and my loved ones.”

Chuckling at the memory of his first Dan Marino meet-and-greet, James recalls a delay in his family leaving a Saturday night church mass. “Word had spread that Dan Marino was outside signing autographs. My dad didn’t ascribe to any man being better than another so when it was our turn, he looked at Dan, grabbed his pen and paper and wrote ‘To Dan — Best of Luck! My love, Jim Bartholomew’ and then we left.” When James met Dan again, they laughed at the memory and James is now the proud owner of a signed football helmet housed in his ‘man cave.’

James’ This or That