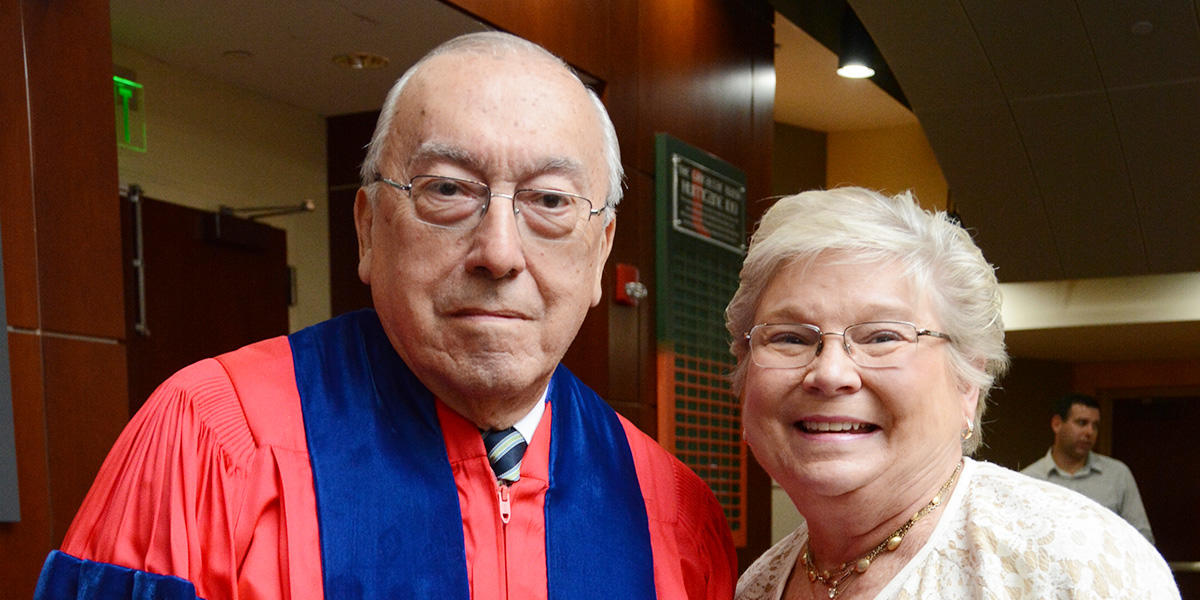 Dr. Rios served on the team of surgeons that treated President Ronald Reagan during his assassination attempt in March 1981.

Upon graduation from medical school from the University of Buenos Aires, Dr. Jorge Rios decided to continue his residency training in the United States. During his tenure as a practicing surgeon, Dr. Rios led a celebrated career, notably as a Professor and Chair of Medicine at George Washington University in Washington D.C. It was here on March 30th 1981, that Dr. Rios was on the supporting team of physicians that treated and led the recovery when President Ronald Reagan was shot during an assassination attempt.

After his retirement from George Washington University, Dr. Rios accepted an opportunity to serve as the Executive Dean of Ross University School of Medicine in 2001. In his role, Dr. Rios worked vigorously to mold and elevate RUSM’s curriculum and student body to that of the US medical schools. He recruited several US based faculty members and implemented several academic initiatives to help promote the development of the student experience, including the Salybia Mission Project. He also encouraged students to have a stronger sense of self awareness and professionalism, often reminding students – (As a student) “You showed up to class, you were quiet and respectful.”

Prioritizing the academic needs of the students, Dr. Rios often walked around campus and popped his head into offices, lecture halls, and libraries to offer faculty accessibility. “Human contact with staff and students is a powerful tool and something we desperately needed at Ross,” reflects Dr. Rios. Students with the highest GPAs each semester were invited to the Rios home for a congratulatory dinner. In his initial years as the Executive Dean at RUSM, Dr. Rios hosted over 300 students at his home.