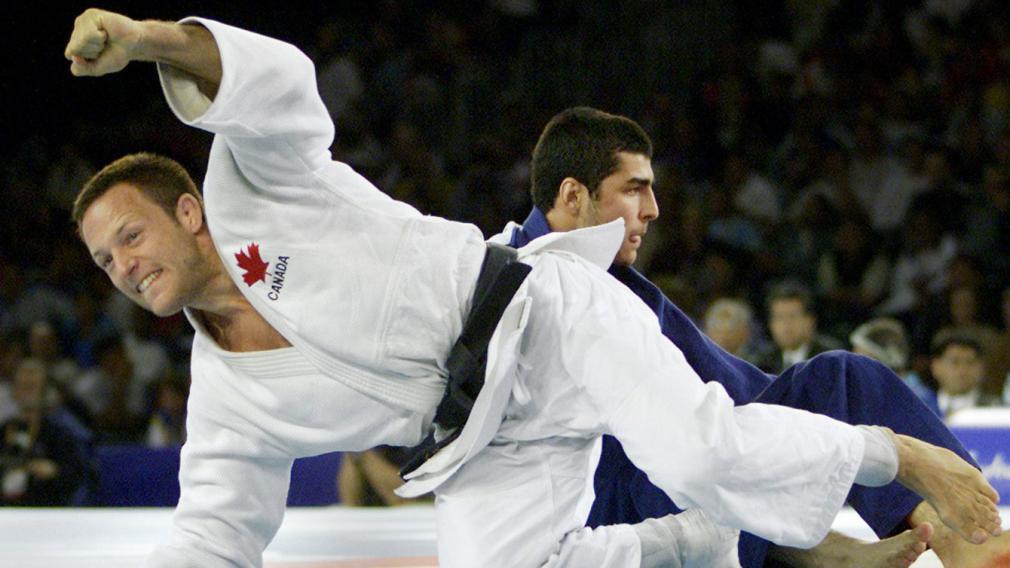 Grad Goes from Olympics to Sports Medicine Fellowship in Canada

Sure, people make all sorts of career changes to follow their dreams of practicing medicine—but it’s pretty rare that one of our graduates can list “former Olympic athlete” as their prior occupation.

Sure, people make all sorts of career changes to follow their dreams of practicing medicine—but it’s pretty rare that one of our graduates can list “former Olympic athlete” as their prior occupation.

But that’s exactly the case with Keith Morgan, MD, a 2013 graduate of Ross University School of Medicine (RUSM). Before enrolling in medical school, Morgan was a judoka—a term for someone who practices judo, a grappling-based martial art—who participated in four Olympic Gamesfrom 1996 to 2008. Not only that, he medaled four times in the Pan Am Games (gold, two silvers, and a bronze) and earned a gold medal in the 2008 Pan American Judo Championships.

A pretty impressive athletic career, to be sure. But post-2008, he was “happy where I was in my sports life.” It was time to move on to a different career, but preferably something that kept him in sports.

That’s where RUSM came in. And based on the sports medicine fellowship he’s starting this year at University of Ottawa, he’s well on his way to achieving his goals.

How Morgan Went from the Olympics to RUSM

After retiring from judo, Morgan ran into some friends in Saskatchewan, and one—a physician—mentioned that his son and daughter-in-law were both attending RUSM. After learning about the medical school’s accelerated curriculum, in which students can earn their Doctor of Medicine degree in under four years, Morgan figured he “might want to give it a shot.”

He hadn’t looked into medical schools for years. A graduate of McGill University (majoring in anatomy and cell biology), Morgan had tried applying to a few Canadian schools in 2004, but was denied based on his MCAT score. RUSM, which looks at candidates holistically rather than solely on MCAT scores and grade point averages, admitted Morgan in 2009.

It proved an easy transition. “I took the determination I needed as an athlete, and put it into medicine,” he said. “I’ve got to say I worked pretty hard, but I enjoyed my time [at RUSM]; and I enjoyed some of the stuff the island had to offer.”

Morgan went on to complete clinical rotations at St. Joseph Mercy Oakland in Pontiac, Michigan, later completing two elective rotations in his home country—one at Ottawa University, the other at Western University.

“As a Canadian student, you have to try and get electives in Canada,” he said. “I fought for those hard. I was told ‘no’ a couple of times, and I badgered them until I got them.” Networking with other Canadian physicians is a must if you want to go back to Canada for residency, he said.

From US Clinicals Back to Canada for Residency

After graduating, Morgan attained a residency at University of Ottawa through the Canada Resident Matching Service (CaRMS). Family medicine residencies in Canada last two years, with residents typically completing a fellowship during a third year. He selected family medicine, he said, for its versatility.

“It’s kind of the gateway to everything,” Morgan said. “We [family practitioners] do the majority of the medical care and refer out where we have to. It gives me the ability to do whatever I want.” Family practitioners from Canada can specialize in disciplines like obstetrics, palliative care, anesthesia, and sports medicine. That last one—sports medicine—was the perfect fusion of his personal athletic interests and his ultimate career goals as a physician.

His first two years of residency were challenging, he said. “At times, it can be overwhelming. You’re working a lot of hours—sometimes it’s 100 per week, and other times it’s 60,” he said. “But I feel like I was well prepared by Ross, and had confidence going in. In fact, I actually felt like I was better prepared than some of my colleagues from Canadian medical schools.”

After completing fellowship training, Morgan hopes to open a mixed practice—half family medicine, half sports medicine, with time spent moonlighting as a team physician for Canadian wresting and judo national teams as they compete in the Pan-American Judo Championships, Pan-American Games, and the Olympics.

“It would be sort of a win-win,” he said. “They like to have people who know the sports.”

Morgan offers three pieces of advice for current and potential RUSM students: don’t take no for an answer, believe in yourself, and work extremely hard.

“You have to be very tenacious, very above-and-beyond,” he said. “You’ve got to be a hard worker.”