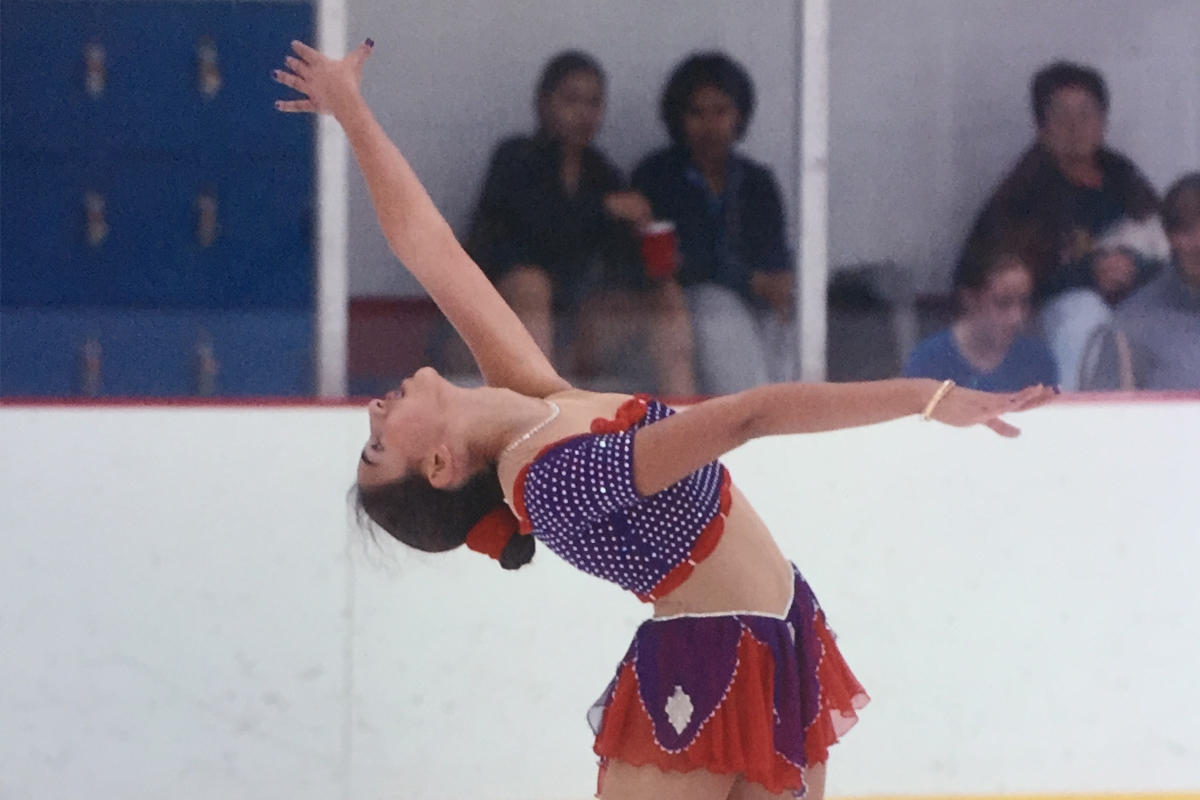 Melodie Sarebanha is Skating to Success in Family Medicine

Grace under pressure comes naturally to Melodie Sarebanha, an award-winning, competitive figure-skater and coach since childhood.

Grace under pressure comes naturally to Melodie Sarebanha, an award-winning, competitive figure-skater and coach since childhood. Now the fourth-year Ross University School of Medicine (RUSM) student is devoting her lifetime of discipline and training on the ice to her pursuit of a career as a family physician. She continues to skate to success.

A recent noteworthy accomplishment is her selection to serve as a member of the California Association of Family Physicians (CAFP) Student-Resident Council. “I am so honored,” she said. Melodie has been a CAFP member and key contact since last year. “As a member, I am tasked with building a strong and ongoing relationship with legislators that have the power to put forth policies that may impact the Family Medicine community,” she explained. She is also an American Association of Family Physicians national conference scholarship winner. “The role of council members is to help coordinate statewide student-resident activities and to develop innovative ways to promote and advocate for family medicine in California. CAFP represents over 2500 student and resident members and serves as a resource hub for 12 medical schools and over 50 family medicine residency programs,” explained Pamela Mann, MPH, CAFP program manager.

While on campus in Dominica, Melodie volunteered to work with the USNS Comfort Continuing Promise Mission, the US navy ship that in the summer of 2015 brought health care services to the island by setting up clinics for one week. She was also a member of the Salybia Mission Project, the student-led group that brings health care to the indigenous Carib people in the Kalinago territory on the island.

Melodie grew up in Los Angeles, California, and earned her undergraduate degree at the University of California, Irvine, where her major was public health. Among the previous work experience she lists on her CV is the role of Captain of the Los Angeles Ice Theater, which gave her “the responsibility for leading more than 20 girls in competitions throughout the world, including the UK and France,” she said. She added that she had been a member of the Los Angeles Figure Skating club since the age of five, competing around the globe.

Dr. Enrique Fernandez, RUSM’s Chair of Family Medicine, has been a mentor to Melodie and to the Family Medicine Interest Group at Kern Medical Center in Bakersfield, California, of which Melodie was a founder, has been a member and served as president. At Kern she delivered several presentations, including one on schizophrenia, another on pediatric gastro-intestinal disorders, and one on asthma. She is well on her way to becoming a family physician.