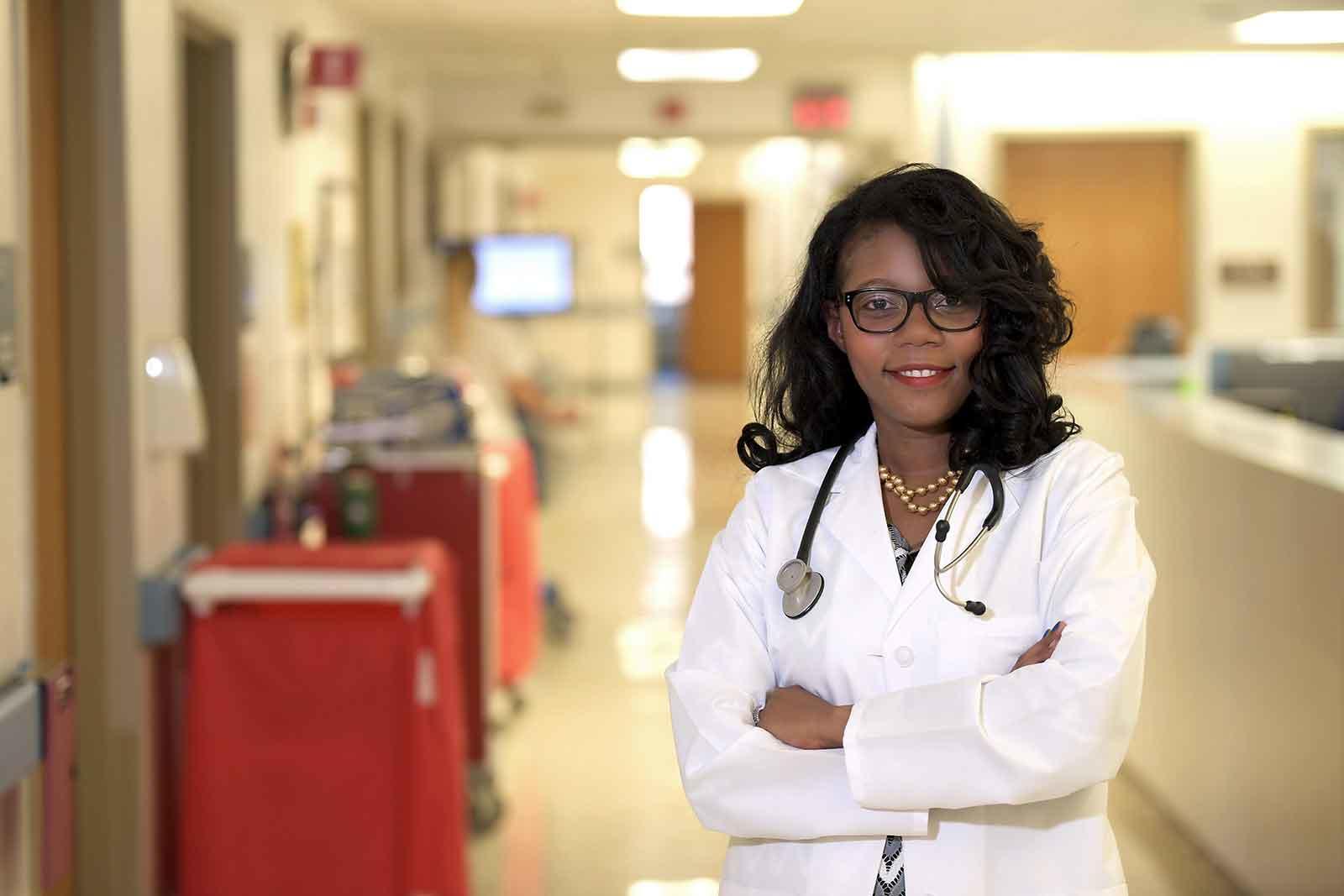 Anyone in need of some inspiration should pause to learn Myrline Rose Belzince's story. She is in the final stages of her medical education and is in position to begin a coveted Triple Board Residency Program at Tulane University School of Medicine.

At the end of the 5-year training program specializing in pediatrics, general psychiatry, and child and adolescent psychiatry, Belzince will be board-eligible in all three disciplines. If all you were to know of Belzince were her current achievements and future potential that would be enough to celebrate. However, you may be astounded to learn about her journey from orphan to physician and her crusade to help women improve their self-image.

Belzince was born in a rural region in Haiti. At age 7, her mother died and her father was not present in her life. Raised by relatives for the remainder of her childhood, Belzince was not privileged to enjoy the amenities common to children in the United States.

At age 11, Belzince's family moved to the island nation's capital Port-au-Prince to continue her schooling. According to Belzince, that is when she became keenly aware of her economic status. She began to compare herself with the other female students her age outfitted in jewelry and other nice accessories - even some classmates were chauffeured to and from school.

Later, she followed her family members to the United States at age 20. After two years of living with her sister while working a minimum wage administrative job, Belzince decided to live on her own - to chart a new path.
She eventually earned a bachelor’s degree from the University of Massachusetts in Boston and a master's degree from New York University.

After years of hard work, Belzince found herself in an established 10-year nursing career. Yet still, with all of her accomplishments, she felt unfulfilled.

"There was a part of me that was not satisfied with what I was doing. I worked with great people and I had wonderful experiences, but something was missing," said Belzince. "In order to make the impact that I wanted to have, I had to take a leap."

Although Belzince took a leap of faith to leave a stable career and go to medical school, some questioned her decision.

"A lot of people thought I was crazy," said Belzince. "But I knew it would be alright because I was going to work hard for it. Going to medical school was one of the best decisions I have made."

Belzince recalls some of the challenging moments of medical school. "Medical school is tough, it's hard. There were nights when I asked myself, 'What were you thinking?' or 'What is wrong with you?'"

"Especially for me, I left a career. I left what was 'secure' and, at times, I felt like I knew nothing," Belzince explains.

According to Belzince, all of her doubts disappeared when she would interact with patients and build relationships with them. "All the long study nights were worth it," she said.

She attributes her support system and faith for helping her get through medical school.

On the Monday of Match Week at 11 a.m. EST, all medical students who entered into the National Resident Matching Program are notified whether they obtained a residency position. While most medical students are hovering over their electronic devices waiting for the official email notification that determines their fate to reach their inboxes, Belzince could not bring herself to look. She initially distracted herself with cooking and contrived household chores until she could no longer resist.

"I had to jump, so I could tell all of the girls and women with similar stories that they could do it too," said Belzince when taking a deeper reflection on her motivation to make the bold move to begin a new career.

Belzince's desire to help other women thrive has been the undercurrent throughout her adult life - propelling Belzince to where she is now.

"What my MD degree and journey represent to me is that every girl and woman can achieve what they want," said Belzince. "If they are willing to sacrifice for it, it is attainable."

Challenging women to stop being self-critical, even self-deprecating, is what inspired Belzince to author her book, Beauty by Divine Design: You are Already Beautiful! Stop Trying. The book was re-published this year by WestBow Press.

"The inspiration for the book is to tell other girls and women that they are beautiful," said Belzince.

"I struggled a lot with low self-esteem and that coupled with the rejection from my biological father resulted in a very unhealthy view of myself," admitted Belzince. "Then I realized I was not alone. There are lots of girls and women dealing with similar struggles."

Belzince added that she wrote the book to share how her faith has helped her to overcome challenges and become a new beautiful woman. Her book focuses on biblical scriptures to help women modify their thinking. She notes Psalm 139 as a favorite that has helped transform her life.

Today, Belzince is a motivational speaker, sharing her story with women's groups and young girls.

Alumni
, Residency
, and Tips for Students