In one day, she witnesses moms separated from their newborns, children agonizing with the flip-flop of their world and parents who are mentally drained from the rampant news of COVID-19 and the senseless killings of black Americans by police. Ross University School of Medicine alumna Ericka Oliver, MD, MPH, CPH, a pediatrician in Michigan, said it’s best to take a break from the news, TV and social media. “There is a lot of heavy stuff being talked about and it can really affect your mental health and throw someone into depression. We need to fight and speak out but we also need to care for ourselves.” 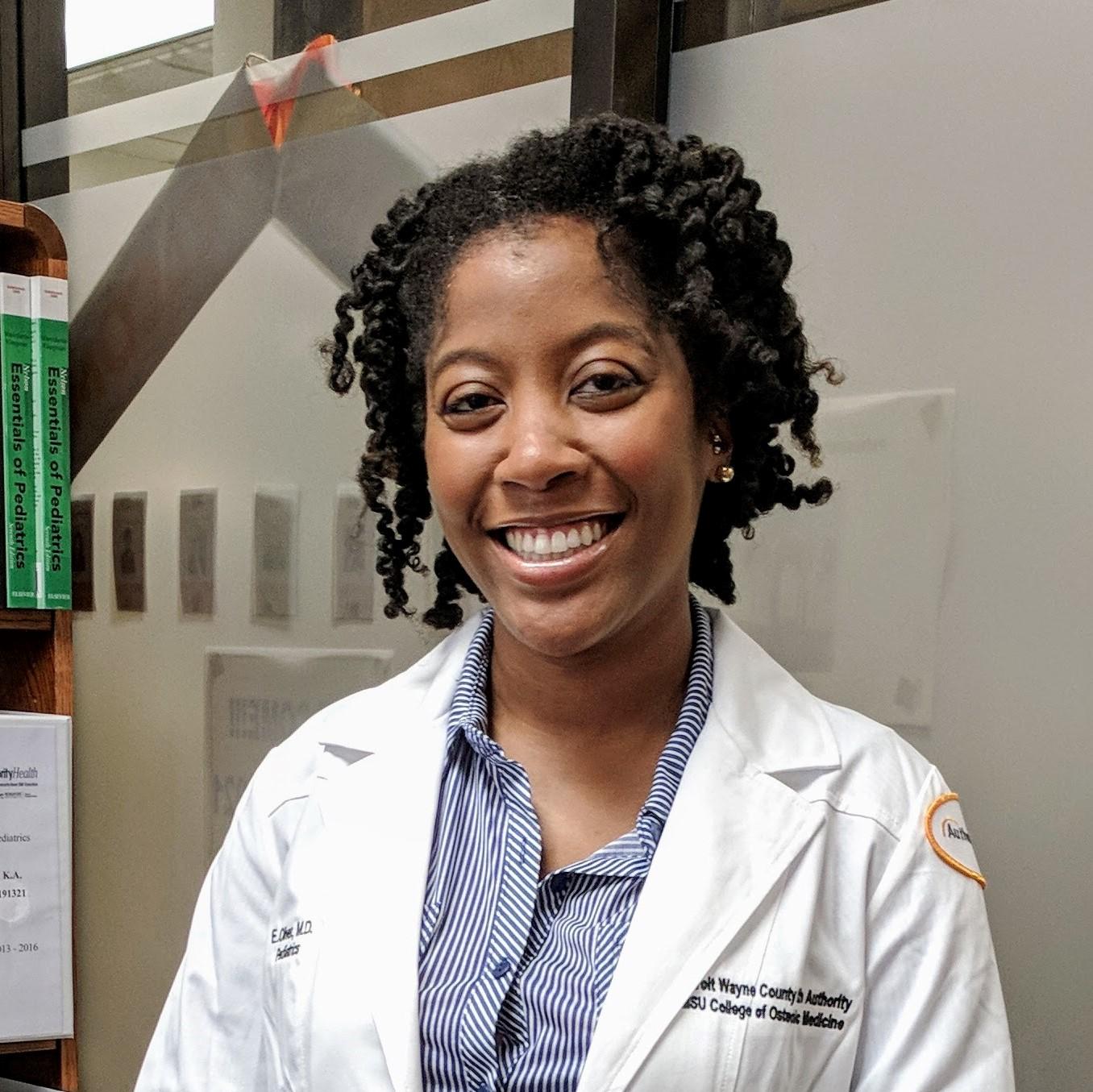 Just completing a newborn rotation, Ericka said it was a gut-punch to tell moms who were asymptomatic but positive for COVID that they would be separated from their child after birth. “We had to isolate them and then tell them they had to be quarantined for two weeks and test negative before they could even see their baby. We don’t know how COVID affects neonates and if they’re at risk.” She also recalled the change to the labor and delivery experience—the hardship of only one parent in the room instead of the typical family gathering and the entire birthing process. “Moms are trying to deliver a baby with a mask on when they can’t breathe already. More power to those mothers who are pregnant and delivering at this time.”

Also noticeable is the toll on adolescents who are juggling a new remote school-antisocial life and those who aren’t staying on task with vaccines. “All children—even teenagers—need to stay current with their vaccine schedule. For babies, it’s critical to get them vaccinated within the first few days of life. Exact timing is vital when they’re younger. If we don’t start a regimen for something like rotavirus within a certain time frame, then the child is at risk of contracting this pretty severe gastritis. We have to do our due diligence to convince the families to come in or once things start opening up, we need to make sure they are on a catch-up schedule.”

Though the start of COVID-19 didn’t hit the pediatric field like the adult world, Ericka has seen a trickling of positive patients over the last two months. She said some children appear to be infected with Kawasaki, a disease that causes internal inflammation and has overlapping features with COVID, however symptoms are slightly varied. “When they come in with high-grade fevers greater than 102 for three to four days, it’s consistent with Kawasaki. But the age range is all over the place—normally they’re younger than five years old and we’ve had them up to 17 years old. They come in with abdominal pain, nausea, vomiting and diarrhea, which is a little different than Kawasaki. Some are COVID positive and some are not. Some have the antibodies and some are asymptomatic. There’s not one clear path.”

Ericka was exposed to the medical world at a young age, testing her grandmother’s blood-sugar levels. “I was raised by a single mom and a village which included my grandparents. Grandma had diabetes and I got to poke her finger every day; it was my excitement.” By middle school, she started spending her summers as a volunteer at the same hospital she was born. “I wheeled moms to the nursery to see their babies and passed out juice to the patients.” During high school, she babysat and worked at a daycare, making sure to always surround herself with children.

At the end of undergraduate studies, Ericka wasn’t sure if she was ready for medical school so she decided to first earn a master’s degree in public health, with a concentration in maternal and child health to “advocate for children and their families and find ways to improve their lives.” Then she hit the medical highway and knew pediatrics was her path. “I’ve always loved children because their excitement was fascinating to me. I was always curious about every phase of their life. They have a resilience—when they fall down, they get back up. You might read a child’s chart and feel sad about their condition but then you go into the room and there’s a little person bouncing off the walls. Seeing a kid makes you feel good and it really pushes you to want to make them better or make their quality of life as good as it can be.”

Pausing for the Video World

When she’s not taking care of kids, Ericka reverts to her youthful pastime—playing the video game Final Fantasy VII, which debuted its remake in April. “It was one of the biggest games ever,” Ericka exclaimed, “and they finally remade it!” She vividly described the game’s obstacles and missions and then touted her gaming affiliation with the Detroit Blerds—the fond nickname for “black nerds.”

Ericka also spends time ensuring the safety of her older brother who lives in New York and is immunocompromised as well as her mom, who she’ll soon visit for a little rest and relaxation. “Being a resident is exhausting,” said the May 2018 graduate who’s been doubling hours during a normal work week. “But I am happy going to work every single day. When I see those faces and get to interact with the parents and the child, I know I’m in the right place.”

Raised in Atlanta, Ericka knew she wanted to land a resident position in an urban area that welcomed international medical graduates. “Atlanta is blessed because it has a lot of black physicians and I know I will be potentially be cared for there by a face that looks like mine. I wanted to make sure I was in an urban area so more little black faces can see someone who looks like them.” Detroit became her new home and she raves about the program, saying the hospital focuses on medicine, advocacy and partnering with different community organizations to improve the population’s lifestyle and quality of life—marrying her love of medicine and public health.

Though Ericka didn’t come across blatant racism during her childhood, she did encounter a situation not long ago while apartment hunting in Detroit. “We weren’t speeding but when we got pulled over, one cop went on either side of the car and started aggressively yelling at us to roll down the windows,” she said, even after they explained that the car had manual-crank windows. “They had their hands on their holsters. My mind was blown.” To get through it, Ericka remembered a tip from a self-defense class she took in high school. “Always tell the person attacking you about yourself—the more they know about you, the more they might decide not to hurt you. So I said, ‘why would you want to hurt a pediatrician when all I want to do is save the lives of children?’” The police let them go with a warning but the experience is forever singed in her mind. She now counsels friends and colleagues about what’s happening today.

“Speak up if you see something wrong, even if it’s someone in your circle who makes an inappropriate comment.” Ericka remains an active member in RUSM’s Chapter for the White Coats for Black Lives group and recently attended the white-coat ceremony. “When I saw that the area was completely covered with whitecoats, it brought me to tears. To see everyone—every color, every race—come together, it was beautiful. As physicians, we are in a privileged position with a powerful voice. You have to talk about what’s going on with the people around you, even people you don’t know. It’s a very uncomfortable conversation to have but right now, but everyone needs to be uncomfortable for things to change.”

Alumni
, Care for Caregivers
, Wall of Gratitude
, and COVID-19