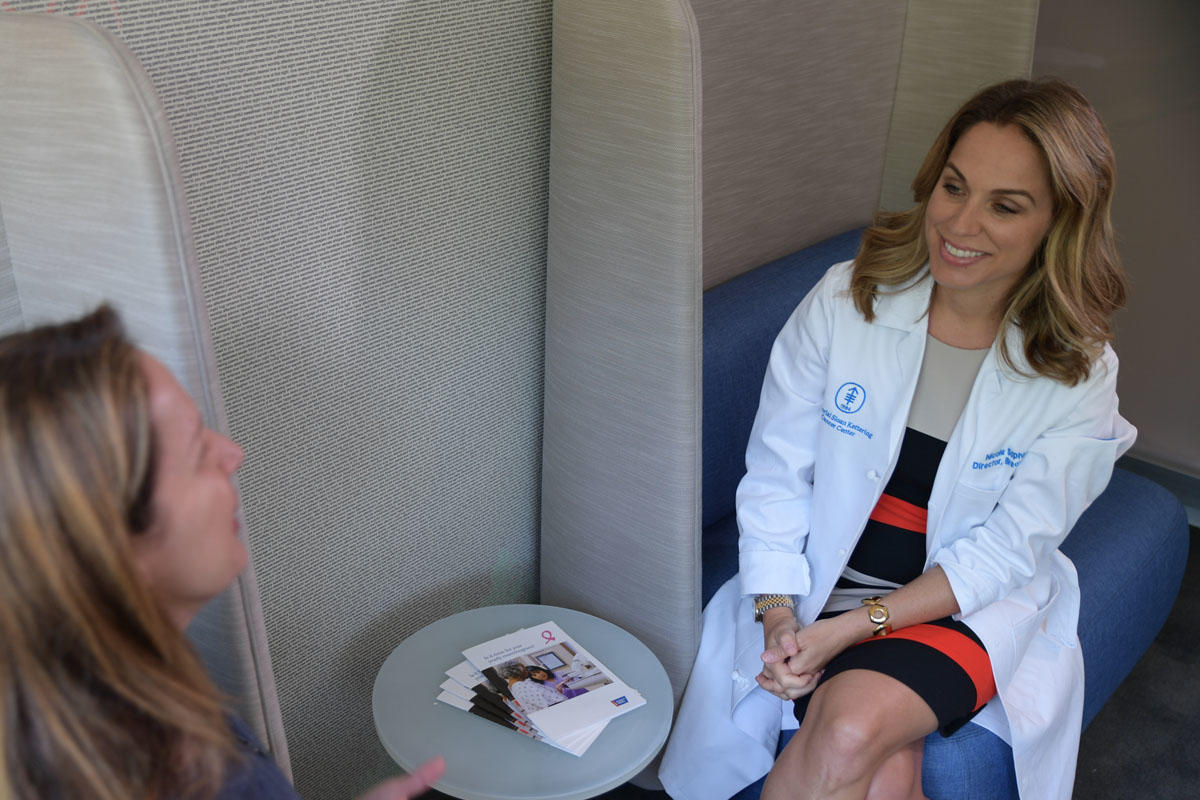 The American Cancer Society recently released new guidelines for breast cancer screenings. Among the recommendations is that women with average risk should begin annual mammograms at age 45 and then continuing every other year beginning at age 55. There has been tremendous news coverage on the new guidelines and significant public discussion among experts. Weighing in on the subject is RUSM alumna Nicole Saphier, MD, who is a breast imaging radiologist.

RUSM: Do you think women may be confused by the new guidelines?

Saphier: The women of 2015 are an extremely intelligent and courageous bunch. I hope no one begins screening at 40 or 45 because they are told to do so. Rather, I encourage women to do their own research and discuss with their primary care physician and their radiologist about their individualized breast cancer screening regimen. There are many factors that go into what age and what methods should be conducted for breast cancer screening. The risks and benefits to breast cancer screening need to be considered and an educated decision needs to be had by the patient and her physicians.

RUSM: Some argue that annual mammograms to screen for cancer can cause more harm than good. What is the rationale for that perspective?

Saphier: There isn’t anything that I’ve read that suggests mammograms are unnecessary. In fact, there is still a general census that mammography beginning at age 40 will save the most lives.

What I think is important to state is that radiological technology has advanced so much that we are now finding cancers at such an early stage there is question as to whether or not these will become invasive in the future. That is not a failure of screening with mammography, rather the technology surrounding pathology hasn't caught up with these lesions. Currently, there is no literature that tells us cancers won't spread therefore we choose to treat them all because by not treating some of the early cancers, some people will die from advanced disease.

RUSM: What do you say to those who say false positive mammograms cause undue anxiety?

Saphier: In my opinion, patients are coming to me for screening because they are being proactive in their health care and want to give themselves every possibility of catching their cancer at an early, or easily treatable, stage. Yes, there is anxiety when you receive a letter saying you need more imaging. Yes, all of the women who I have told need a biopsy have had some sort of anxiety. However, I am upfront and inform my patients that although the majority of biopsies are benign, I cannot tell them with certainty the mass or calcifications I am seeing are benign.

I find in my practice that many women undergoing breast cancer screenings want to be proactive so they choose biopsy. The short wait for a final pathology may have some anxiety associated with it but the results and knowing they have done everything they can to find their cancer early gives them a sense of pride and strength.

RUSM: What would you say to women who are ages 55 and older who believe getting a mammogram every other year decreases their ability to detect breast cancer early?

Saphier: Reducing the number of mammograms beginning at age 55 is derived from the fact that the average age of menopause is 51, plus or minus four years. Research does show that post-menopausal cancers can be slower growing. In such case, whether or not they are caught in one or two years does not have a significant impact in mortality. However, each patient should be looked at individually, all factors should be considered for a patient, including a woman’s menopausal status.

I do agree that mammography screening on the chronically-ill and those with less than a 10 year life expectancy should not be performed. The American College of Radiology also agrees with this notion.

RUSM: Why would self-exams or breast exams by a physician no longer be recommended? Aren't breast exams the best method to determine a change in a person's breasts?

Saphier: It is true that many times the palpable abnormalities found during a breast examination by most clinicians turn out to be positive but I can't say they all do. In fact, if the patient is sent by a specialist such as a breast surgeon or OB/GYN the likelihood of their palpable abnormality significantly increases.

To stop doing clinical breast exams altogether would subject many women to missed diagnosis and cause their cancers to go undetected until at a later stage.

Saphier: Presently, we use digital mammography that produce much more accurate and precise images than that used in prior film mammography. In addition, we now also have 3D mammography (tomosynthesis), supplemental breast ultrasound and MRI that have furthered our ability to detect early invasive malignancy.

Dr. Saphier is a member of the American College of Radiology and the Society of Breast Imaging and confidently endorse annual screening mammography for average risk women to begin at 40.