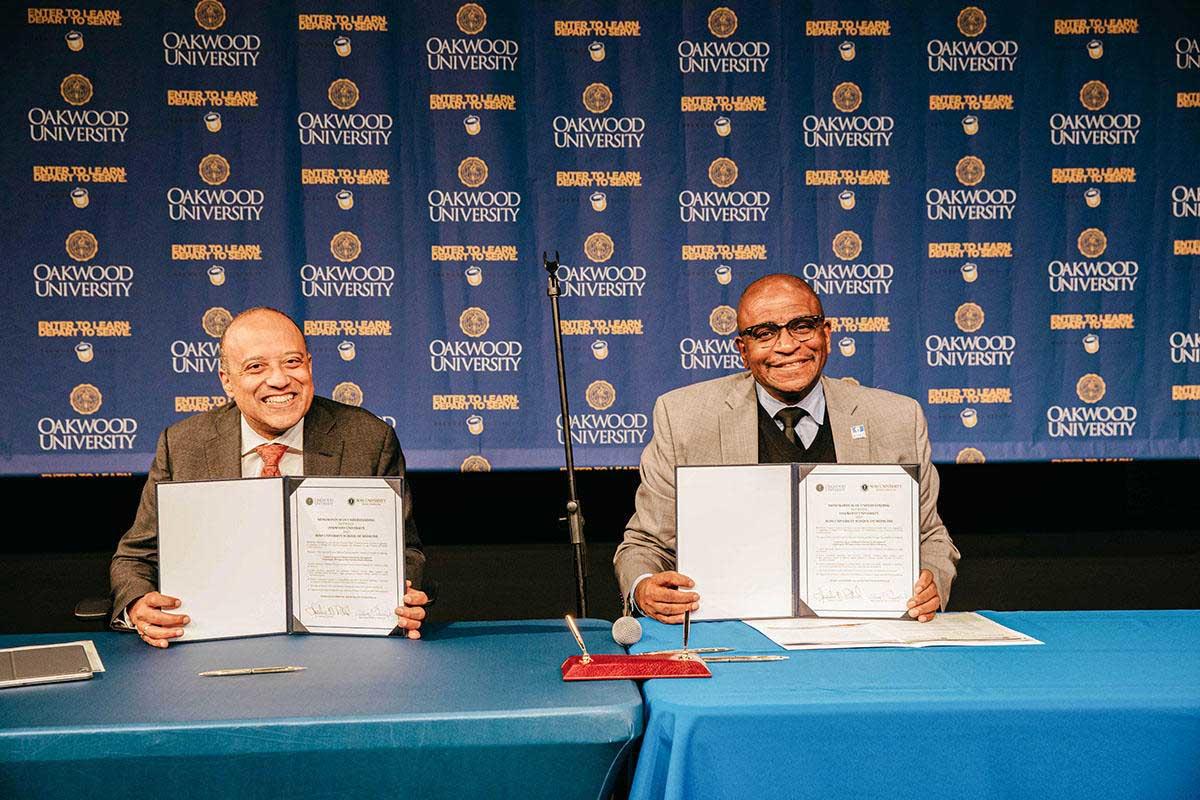 The agreement was signed Thursday, October 24, at Oakwood’s campus by Leslie N. Pollard, Ph.D., D.Min., MBA., president of Oakwood University, and William F. Owen, M.D., FACP, dean and chancellor of RUSM. Oakwood and RUSM are establishing an educational pathway program, making it easier for Oakwood graduates to study medicine at RUSM. Qualified Oakwood students who earn full acceptance into the medical school will receive a scholarship covering full tuition for the first semester.

Oakwood University has consistently been a top producer of African American students that are accepted and go on to attend medical school. Oakwood is currently the fifth ranking Historically Black College or University (HBCU) in the U.S., according to the American Association of American Medical Colleges and as reported by the Journal of Blacks in Higher Education. Oakwood is coupling the longstanding excellence of its pre-med program with its UNCF grant-supported Career Pathways Initiative to grow its relationships with institutions such as RUSM. Developing partnerships such as this will provide additional opportunities for continued student success and professional growth.

"We engage this hopeful relationship with Ross University School of Medicine on behalf of interested Oakwood students. Our students will join the generations that have been blessed through their work," said Oakwood University President Leslie Pollard.

Having recently celebrated its 40th anniversary, RUSM’s 14,000-plus diverse alumni practice medicine throughout North America and across all specialties, including a high percentage of graduates who enter the in-demand field of primary care. More than a quarter of RUSM students identify as black or Hispanic, with RUSM earning a 96 percent USMLE Step 1 first-time pass rate in 2018. RUSM also achieved a 92 percent residency attainment rate for first-time-eligible 2018-2019 graduates, and of the 669 RUSM medical students who attained residency in 2019, 82 were black and 61 were Hispanic.