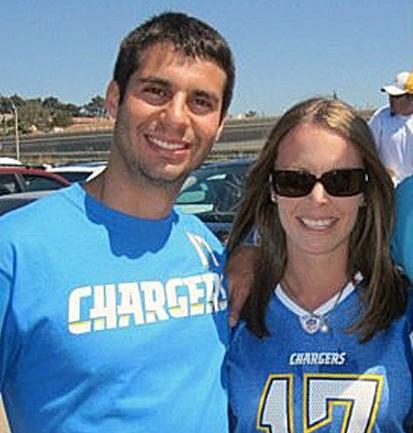 For Dr. Filippo Chillemi, he always had a strong interest in medicine from an early age, often looking forward to visits to the doctor. As an avid soccer player on the US national team, he would spend his long trips between games in different countries, chatting with the team's Orthopedic Surgeon that traveled with them. He became fascinated with the Orthopedic Surgeon's job, as the physician stood on the sidelines ready to attend to any of the team's injuries.

After graduating from Notre Dame, where he played Division 1 soccer, Dr. Chillemi realized his GPA may not be competitive enough to apply to US medical schools. Following in his brother's footsteps, Dr. Chillemi applied at Ross University School of Medicine. Ironically, Dr. Filippo Chillemi was in Dominica for his in-person interview and application review during his brother's last semester in Dominica. Upon acceptance to RUSM, Dr. Chillemi attended his 1st day of orientation and met his wife and fellow RUSM alumn, Dr. Mary Lynn Chillemi.

Upon graduating at the top of his class, Dr. Filippo Chillemi completed his residency University of South Alabama in Orthopedic Surgery followed by a Fellowship shadowing one of the country's leading Orthopedic Surgeons, Dr. James Andrew at the Andrews Institute for Orthopaedics & Sports Medicine.

Dr. Mary Chillemi always knew she wanted to be a physician, specifically a Pediatrician. Growing up in a large family, she loved children and often volunteered with kids throughout her life. After meeting Filippo during her her very first day at RUSM during Orientation, they both often enjoyed campus intramural sports, going to 'The Shacks' for smoothies, hanging out at Subway and celebrating the completion of each mini exam at Sunset Dinner with fellow students. Before leaving RUSM, Mary was engaged to Filippo.

She also matched at the University of South Alabama, and her and Filippo were married during their residencies and now live in the greater Atlanta area. Dr. Filippo is an Orthopedic Surgeon at a Specialty Clinic and Dr. Mary Lynn Chillemi is a practicing Pediatrician. They have 2 young children that are showing early aspirations in following their parents' footsteps. Their daughter would like to be a Neurosurgeon and their son would like to be a Pediatrician, like mom.