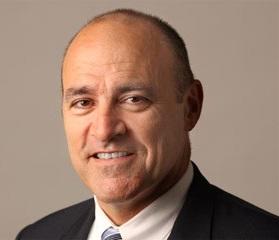 With a long-history of medicine in his family, Dr. Michael Fiocco knew from an early age becoming a surgeon was part of his DNA. His grandfather and father were both physicians and his mother was a nurse.

Growing up in a rural community outside of Baltimore, Dr. Fiocco took pre-med courses in college and after not getting accepted to medical school near his hometown at University Of Maryland, he decided to pursue his medical degree in Dominica at Ross University School of Medicine.

As a student, Dr. Fiocco was instantly drawn to the remarkable sense of community – especially with his peers. They came together to support one another, study, and even bond over American VHS movies that came via family-sent care packages.

Dr. Fiocco knew early on in school he was in the right place, but his dreams of becoming a doctor were further solidified once he started rotations at Princess Margaret Hospital in Roseau.

“One of the most enjoyable aspects of life at Ross, was that as students we had the opportunity to learn the scientific aspects of medicine and apply those skills in a clinical setting, says Dr. Fiocco. “You see first-hand how grateful these patients are for your help and understand that soon you are going to make a difference in so many lives – that realization is powerful.”

After two years on the medical science campus in Dominica, he returned stateside to finish his rotations and landed an impressive, hometown residency match in general surgery at St. Agnes Hospital. He then completed a cardiothoracic surgery fellowship program at The University of Maryland. He stayed there following fellowship and practiced for three years. In 1997, he moved to Medstar Union Memorial hospital, where he remains today and has served as Chief of Cardiac Surgery for the past 15 years. Dr. Fiocco has operated more than 5,000 times and received the following awards and recognitions: Fellow (FACS) American College of Surgeons, “Super Doctors” title, “Top MD” by Consumers Checkbook.

Dr. Fiocco adds, “Through my medical education at Ross University School of Medicine, I have been given a great gift. I operate on the human heart every day and help people live a longer life. My greatest reward is getting thank you notes from patients, sometimes more than a year after surgery. To know that I made a difference in their life is inspiring.”