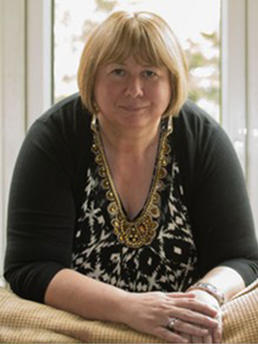 Sheila Nunn, PhD, received her Bachelors of Science (honors) in Microbiology in 1987 from the University of Newcastle Upon Tyne, United Kingdom. She then studied at The Queen’s University of Belfast, where in 1992 she was awarded a Doctor of Philosophy (PhD) in Anatomy. After receiving her PhD, she spent nearly two years at Ross University School of Medicine as an Assistant Professor of Anatomy before returning to the United Kingdom in 1995 to commence employment as a Lecturer in Anatomy at the University of Leeds, where she was primarily involved in teaching medical students in addition to carrying out research in the field of Helicobacter pylori. She was also Program Manager for the Human Biology degree.

In 2001, Dr. Nunn was recruited to the position of Senior Lecturer in Anatomy at the University of Durham, United Kingdom, where she also took on the responsibilities of Deputy Chair of the Board of Examiners and Director of the Clinical Skills Laboratory. During her time Durham, her research focused on medical education; she served as a council member on the Association for the Study of Medical Education (ASME); and she was awarded a University Excellence in Learning and Teaching Award.

In 2006, she returned to the University of Leeds as a Senior Lecturer in Anatomy. She was Program Leader for the Intercalated degree in Anatomy as well as Administrative Leader for the control and movement module associated with the medical degree. In this role, Dr. Nunn was responsible for all of the embryology and the majority of the histology teaching to medical and dental students. In addition to delivering lectures, she taught gross anatomy lower limb lectures as well as all labs to medical, dental, and science students. She was also an invited Reviewer for the National Teaching Fellowship Scheme.

Dr. Nunn rejoined Ross University in September of 2013, where she holds the position of Anatomy Chair.

Dr. Nunn is a member of the Anatomical Society of Great Britain and Ireland, the British Association of Clinical Anatomists, and the Association for the Study of Medical Education (ASME). She has numerous papers in peer-reviewed journals in the fields of gastrointestinal anatomy and pathology and medical education.

Association for the Study of Medical Education (ASME), Anatomical Society of Great Britain and Ireland