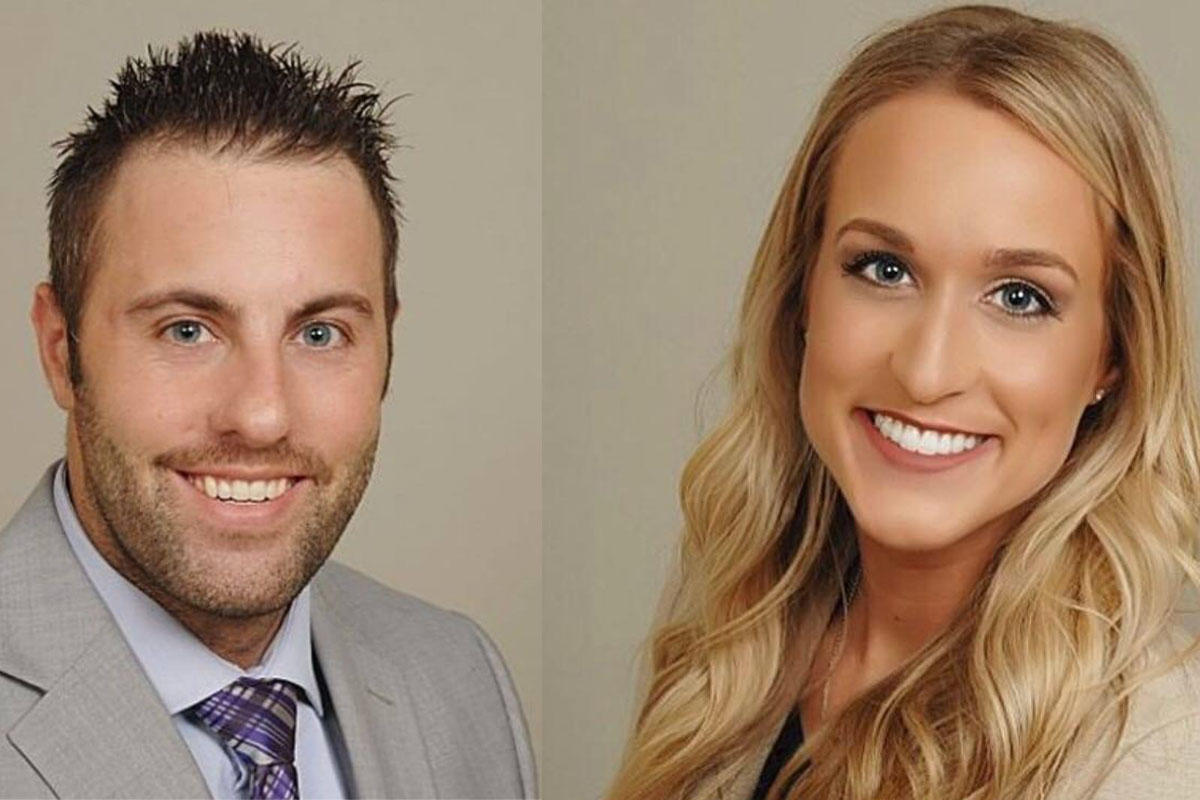 Next Stop, Residency: RUSM Couple Excited to Embark on Bright Future, Together

Attending Ross University School of Medicine (RUSM)has changed Jafar ’19 and Rachel ’19 Dada’s lives in many ways. They arrived at medical school separately, intent on following their dreams of becoming physicians.

They are departing as a married couple with their dreams fulfilled, full of excitement to begin the next stage of their careers – and lives – together.

Their paths to the medical field could not have been more different. Rachel found her calling when she was 10 years old after being introduced to an anesthesiologist at a karate tournament, who would become a mentor for life. She never waivered from her objective, and went through high school and college knowing that her end goal was to get to medical school.

Jafar, on the other hand, went to college with no other thought than to become a golf professional; however, a major injury left him with a long recovery, as well as the realization that he needed to form a new career plan. It was actually through his recovery process working with physical therapists that his interest in the medical field took root. One thing led to another and he found himself working as an emergency room scribe after college, where he realized that he, too, wanted to become a physician.

Rachel and Jafar’s path to RUSM began in much the same way after they were both waitlisted at U.S. medical schools. Having heard about Ross through word-of-mouth from various family members and friends and not wanting to delay any longer, they applied and were accepted. They met in Dominica “almost instantly,” according to Rachel.

“We are able to go through medical school together,” she said. “It was a different view than I would have had if I had not gone to Ross. We had the mindset that we’re here to become doctors and this is our shot and we’re super grateful to have gotten it,” she said.

Jafar added, “I met my wife, so it was amazing! Overall, I loved it. It made us grow together and individually because you don’t have all the conveniences and you learn how to deal with situations. It makes you understand people better, and become better doctors.”

Although Rachel had been laser focused on anesthesiology since childhood, once in rotations she worked hard to keep an open mind, just in case another specialty might be a better fit. None were.

“There’s every piece that I love,” she said. “To me, one of the most important and daunting things about anesthesia is you have this incredible responsibility to your patient, to the surgeon, to everyone. I love seeing how everything works and thinking about everything and having to have that unbelievably intricate understanding of physiology.”

Not sharing his partner’s sense of certainty concerning which area of medicine was right for him, at first Jafar thought he wanted to focus on emergency medicine. Realizing that wasn’t the path for him, he then focused on internal medicine, but he soon realized he needed a specialty with a little more freedom. He ended up finding his perfect fit in radiology, which was actually a rotation he was originally dreading.

“When I started my radiology rotation I said to Rachel, why did I even do this rotation? This is going to be horrible. And I’m not kidding you, three days in I went up to her and said, this is what I want to do for the rest of my life,” he said. “Part of it is [that] you get to see every aspect of medicine in one field. The other is you get to practice medicine the way you want; you don’t have other people [saying] you can’t do this or that because you’re at the end point. There’s no one else. It’s invigorating. You are always playing a little hide and go seek.”

Intent on couples matching, Rachel entered the National Resident Matching Program®’s annual Match (The MATCH℠) process with a well thought out plan. She spent countless hours analyzing programs and locations to find hospitals where they would not only receive amazing training within their respective specialties, but where they would also be happy to spend the next several years of their lives. Her hard work paid off, and the interview requests started rolling in.

“Neither of us thought we’d get as many interviews as we did,” Rachel said. “That was the coolest thing. Never in a million years did we think we would be in a position to turn down interviews. All of the work over the last four years was finally paying off.”

One of their first interviews was at West Virginia University (WVU) School of Medicine, and by the end of the day they both knew they had found “the one.”

“We called my parents and said this is only our third or fourth one, but we can stop interviewing now,” Rachel said.

Receiving the news that WVU wanted them as much as they wanted it was “amazing,” she added. “It’s the biggest hospital in the state, and we’re going to see a lot.”

Right now, however, both Rachel and Jafar are thrilled to finally have the title of “doctor,” and are taking some time to let the realization of their achievements sink in.

“Hands down, this is the biggest accomplishment of my life,” Jafar said. “You work so hard and it’s the most gratifying thing ever. It’s scary because you’re now the one people come to when they have a question. It’s totally different. You have so much more responsibility. But it’s exciting because that’s what I’ve been wanting. I can’t even put it into words.”

Rachel added, “It’s absolutely unreal and terrifying. To think that next month we’re going to have long white coats on and be the ones that have to make decisions. That’s terrifying, but it’s unbelievably satisfying and amazing to think we’ve worked at this for so long and so hard and are ending up exactly where we always have wanted to be.”